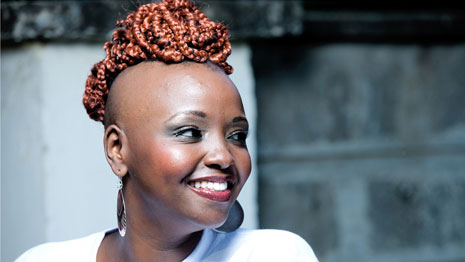 Kenyan Hip-hop artist, Muthoni The Drummer Queen, will join a host of international artists in an impressive line-up for the upcoming 40th Edition of The Paléo Festival – one of the largest music festivals in the world – in Nyon, Switzerland running from 20 to 26 of July 2015.

The Kenyan Hip-hop artist also joins a vibrant delegation from Africa at the 40th Edition of The Paléo Festival, which includes up-and-coming rap and freestyle artist Sianna from Mali, the soulful Nneka from Nigeria, and the eclectic Faada Freddy of Senegal.

The Paléo Festival is Switzerland’s biggest outdoor music event and consistently one of the largest music festivals in the world with more than 230,000 attendees. The festival takes place over six days and typically hosts a combination of established stars and new talent. Music genres include rock, French chanson, world music, reggae, hip-hop, classical music and street theatre.

Tickets are going for CHF 78 for adults and CHF 68 for students and are available on the paleo.ch website until Sunday 12th July.

The Kenyan-German Romeo and Juliet

Nanjira Sambuli, Martha Chumo and Other Kenyan Techies in Berlin for Re:publica 2014

Kenyan from Darmstadt Wins Most Outstanding GNSS App in Europe