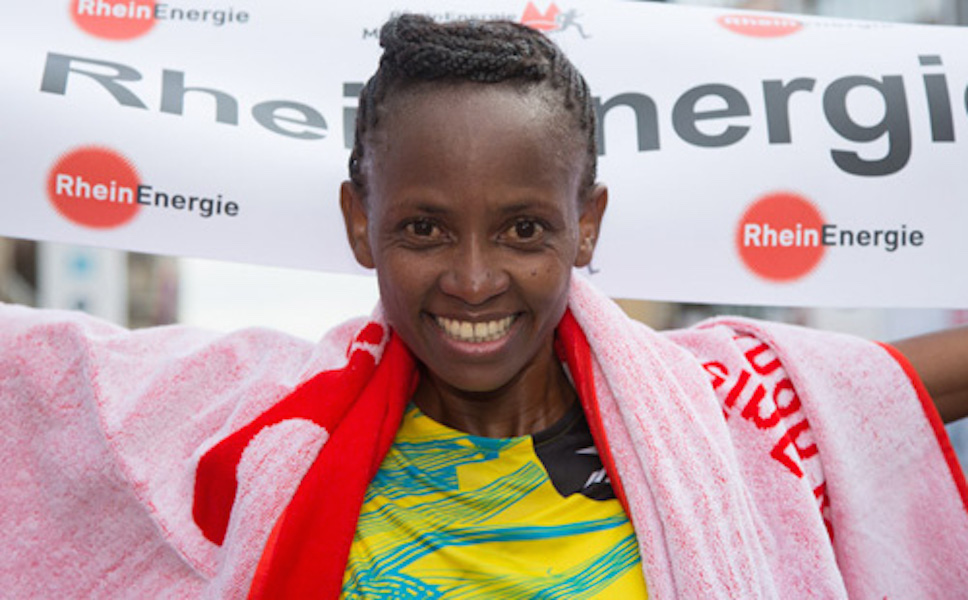 Kenyan athlete who won the Rhine Energy Marathon 2014 in Cologne, Julia Mumbi Muraga, has had the title withdrawn by the marathon organisers.

Organisers of the Rhine Energy Marathon, last week announced that Julia tested positive for doping agent erythropoietin (EPO). The sample was taken according to the Cologne Marathon organizer during the competition site inspections by the National Anti-Doping Agency on 14 September 2014 at the Rhein Energie-Marathon and analysed by the Institute of Biochemistry, German Sport University Cologne.

The 29-year-old athlete has been banned from the sport by the Kenyan athletics federation with immediate effect for two years. Moreover, the Rhine Energy Marathon organisers disqualified Julia from the last marathon and withdrew her title as the winner.

The new title was handed over to Shasho Insermu, who is also a Kenyan.

“We do not want doping at our event and fully support the anti-doping policies, for a clean Marathon Sport. Unfortunately, there are always incorrigible athletes in professional sports. This case has shown, however, that the control system works.” Mark Frisch, Managing Director of Cologne Marathon Event and Promotional GmbH said.