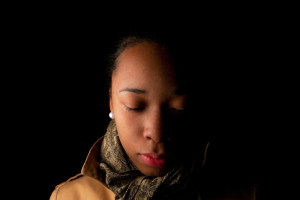 I would be considered a successful business woman by any standards. I was born in Kenya and have lived there all my life. My family wasn’t wealthy but we lived a comfortable life. After University, I worked at a major bank in the country before proceeding to start my own insurance company.

At 30, I had been able to buy a house and sustain a comfortable life in the wealthy suburbs of Nairobi. Like many other women at that age, I wanted to start a family of my own. The men I’d meet did not meet my standards, most of them either hadn’t studied, were intimidated by what I owned or had no job, weren’t interested in finding one and only needed a sugar mummy to sustain their exorbitant lifestyles. I decided to try the internet. Maybe an American, European or Australian would be able to meet my standards better than the Kenyans I’d met so far.

I met several jokers who I dismissed quite early one, some just looking for a free tour guide for their safari. After several months of no success I met Wolfgang from Berlin Germany. He was a smooth talker, had some great ideas. Wolfgang was an entrepreneur in Berlin, according to what he told me, he was an IT expert and owned a company based in Berlin. There was no reason to doubt him.

We spoke for a few months before he visited me in Nairobi. I was ecstatic. Things were going well and I was sure this would end at the altar, move to Europe and have my 2.5 children. He proposed during his visit in Nairobi. We went out for dinner at one of the exclusive hotels in Kitisuru, and he went down on one knee to ask for my hand in marriage. I said yes. He was such a darling, a bit direct but an amazing soul. Surprisingly, even with such a perfect profile, my gut wasn’t as into the whole thing as I’d wished. The alarm should have gone off when he refused to meet my parents officially, siting that he wasn’t ready and would prefer to meet the parents the next time he visited. He went back to Berlin, and I started day dreaming of the amazing wedding we’d have.

We decided to settle in Germany, the education system is better, living standards are better and it was more prestigious to live in “majuu” with my “mzungu” than in Kenya. I started the moving process, I sold my company, house and car. Took about a whole year to sort out all the sales and get ready for my move. When I was to apply for my visa, I needed the affidavit from him but he had stories about getting it to the migration office and them deciding to send it directly to the Embassy instead of giving it to him to send it to me. I called the Embassy in Nairobi and they hadn’t received anything from the migration office in Germany. The lady at the embassy advised me to use my bank statement instead if I had enough money.

Luckily, my health insurance in Kenya was valid in Germany and my bank account had enough money. I applied for the visa and I got it without any hustle. I paid for the ticket, packed my bags and flew to Germany ready to be a Diasporan. I regret the day I ever got on that flight.

His apartment was in some ghetto in Berlin, the place was really dirty outside and inside the apartment he housed cats that he didn’t take good care of. The place was like a pig sty. He spent all his time on the computer. I should have found it weird that a whole CEO never left the house yet seemed to spent most of his time of chat sites or playing online games. The whole two weeks, we never went out. The darling I’d met in Nairobi was nowhere to be found.

The third week after my arrival, someone came over to visit. Wolfgang told me the man was his friend coming to say hi. When the man came in, Wolfgang pretended he was going to the shop to get something. I was left with the man and he started making advances at me. I found it weird that Wolfgang’s friend would make a pass at me, but the guy in his bad English explained that he was a client.”Don’t pretend you don’t know what’s going on,” he told me. I was clueless. Feeling delayed by my enquiries, he shut me up with a sloppy kiss. He fumbled and gripped at me. I wanted to run but he over powered me. The beast raped me. I lay there crying. Wolfgang came back right when the beast was putting on his trousers.

I couldn’t believe I had left my posh life in Nairobi for this. This continued for a few days, I had tried to defend myself by attacking Wolfgang but he didn’t seem perturbed. I found out that Wolfgang had posted my picture on one of the sites and was offering me out for sex at a small fee. I was furious, how could a man I had trusted do this to me? I had come planning to start a family, maybe even build another company here and this animal had decided to trade me off.

Three days after my nightmare had started, Wolfgang was taking a shower and I was sure this wasn’t a life I was ready to live. Thank God, German windows are wide with no “anti-buglar” wiring like they do in Kenya. As he took his bath, I snuck out through the window. Not ready to risk being caught, I didn’t wear proper shoes or a jacket. It was freezing outside.

Fortunately, I saw an African lady walking on the street. I was so excited. I walked quickly towards her but she looked at me apprehensively. My hope dwindled when we could hardly communicate, she spoke french and the little french could hardly help me. Frustrated I started crying. This definitely shocked her. An African lady in the middle of February walking around with no jacket and no proper shoes and sobbing, this alarmed her and she took me to a nearby Afroshop.

There I met a lady that spoke English and I requested them to take me to the Kenyan Embassy. At the time no one was going in that direction (according to what they told me), so I sat there waiting. Eventually, a lady that worked in that area passed by the Afroshop and the owner asked her to take me with her to the Embassy.

Seeing my distress, one of the Embassy workers agreed to lend me the money as long as I promised to pay back immediately I got back to Kenya. I was ready to do so. One of the ladies working at the Embassy offered me shoes and jacket. Another offered to host me for that night. Early the next day with my emergency travelling documents, I was accompanied to the airport. I got a last minute flight to Mombasa and had to connect but being in Mombasa was safer and more welcoming to me than being in Berlin.

I’m now back in Nairobi, it’ll soon be a year since I returned. I might not be back to where I was when I left but it’s much better than what Berlin had to offer me.

Baringo County Fire Fighters at the Fire Service in Augsburg