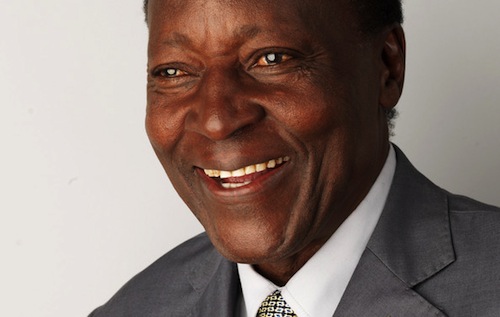 He beat Morgan Freeman to the lead role in a movie then beat George Clooney, Eddie Murphy and Kevin Spacey to a AARP Award in Hollywood. Already that’s a complete CV for any actor without naming all his other accolades which are numerous.

Born in 1948 in Shikungu village near Kakamega, Oliver Musila Litondo, is an inspiration and definitely an icon. Like many people at the time, the Harambee spirit in the village got him a chance to go to the US to pursue his first degree. After studying Communications, he returned home and worked in several media houses in Kenya at the time before moving to Germany where he lived in Cologne for two years as he worked for the Deutsche Welle.

The fact that he’s even live today is a miracle. His missed death by a blink of an eye, not once but twice. The first time was when he chose to go to Italy instead of follow his then boss, JM Kariuki for a meeting that saw the latter shot dead. The second time was during a film shoot in Kenya where a plane carrying some of the cast exploded and saw all seven cast members die.

After life abroad he returned to his village, but it seems fate had something else in store for him. He was cast for the famous, “First Grader”, a movie that was to tell the story of our very own Kimani Maruge, a Kenyan who decided to go back to school at 80+. Since then, he’s been working full time having been cast in several movies and tv shows in the US.

“We should make our own movies, so that we’re not boxed in”, he remarked as he shared of how he missed a role in Oprah’s recent movie, “The Butler” simply because he couldn’t speak with an American Accent.

At 65, he shows no signs of slowing down. His story is a true inspiration. He continues to be a true Kenyan Ambassador in Hollywood and is encouraging more film makers to come to Kenya.