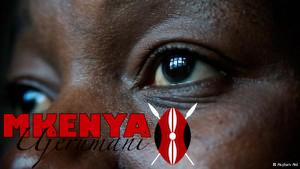 This past week has revealed a lot about our Kenyan community in Germany, yes we are the King and we are naked. Now we have two options, either to cover the king or let him continue walking around naked.

We can sugar coat it as much as we want but the Kenyan Community has an issue with alcohol. Yes I said it, if we keep trying to sound nice, we aren’t helping anyone. Remember the lady who shared her story of how when she came to Germany the first place she landed was at a pub in Bonn?

Charity Wairimu Latz is out trying to create awareness amongst us and others instead of helping her do it, we are out there trying to discourage her with others saying she should simply pray in hiding without talking about it. Praying WILL NOT change the situation. “Prayer without action is dead”. It’s unfortunate that we had to lose someone to see it as an issue. At the career fair we talked about this, we have to act NOW. Alcoholism is a disease we have to fight.

People suffering from it need love and understanding not condemnation. There’s a huge Christian community in Köln but they have continued to fail those who need help. How can we say we are like Christ when we only seek to help those who already know Christ? Jesus said, I’m not here for those who know The Father but for those who are sinners amongst us. Unfortunately for most Christians we’re like the Pharisee who on being joined at the altar by a drunk, instead of praying for his own sins went out to rebuke the drunk before God. None of us is perfect and for any Christian to remain “good” it takes the grace of God. How many of you as Christians have taken time to even listen when those in our midst try to explain what ails them?

Life in Europe and in Germany specifically is not easy, many came with hopes of “greener pastures” only to find shamba la mawe. We all fall and unfortunately some aren’t able to stand, why can’t we be our brothers’ keeper? Why can’t we open up our arms and ears and be ready to listen to these people without judging them?

Alcoholism is a disease and can be cured, let it not define who you are. Alcoholism is not contagious, don’t avoid those suffering from it, hutaambukizwa.

It amazes me every time you meet Kenyans at events here and they exclaim, stretch out their arms wide and scream “Oh my God, Sema!!!”  After the huge demonstration of affection, we all go our separate ways never to communicate until the next encounter.

Currently on Facebook everyone is out to tell the world how they were good friends with Jenny. Shouldn’t you be ashamed of yourself as a friend? How do you call yourself someone’s friend when she went missing for 3weeks and you never noticed???????? How do you call yourself someone’s friend when you didn’t even know her full name or where she even came from? Why defend her in death when you didn’t stand by her in life? We either have to redefine our friendships or truly understand what a friendship means.

One day at a Kenyan party a Kenyan girl disappeared, in the morning as people were leaving, the people she was with were walking around asking “Have you seen Beautiful? That’s her name on Myspace (before Facebook era)?”. I tried to follow up the story from her “friends” but to this day, I don’t know what happened to Beautiful.

Can we please be real and admit we’re bad friends. I’m not a saint and I know sometimes I’m not as good a friend as I ought to be either. Let’s take this as a challenge to be real friends to those who matter to us. Those 2000 “friends” aren’t your friends, I mean that person you can be real with and it doesn’t have to be a Kenyan. Please let’s make sure we have at least one good friend regardless of their gender, nationality and this is not for when you die but when you’re alive. We’re all human and need human contact, we need people who can hold us up when life hits us too hard and we’re unable to stand on our own.

Investing in the dead

It’s still a wonder to me, how much we invest in the dead. All this affection we’re showing Jenny, didn’t she need it more when she was alive? How many people are you telling you love them NOW when they’re still alive? Or are you waiting until they die so that you can change your FB profile picture and use theirs?

We have a fascination for death. The truth is, death is the only guarantee we all have, so why don’t we treasure this life which is NOT a guarantee? Why as a society are we more willing to raise funds to transport a hearse back home yet we are uncaring about supporting those who are fighting to survive? Why do we prefer to raise funds for a funeral and not for a birth?

I wish all those running around seeking a few minutes of fame would use that energy and time to prevent such things from ever happening again. Let’s invest in the living.

If the time we have invested on discussing Jenny at death had been used to help her get back on her feet…….

If the amount we take to write condolence messages could be used to affirm the living of our love…..

If the amount of time used to condemn others was used to uplift the down trodden….

If the amount of time used to bad mouth others and gossip was used to encourage and motivate….

If the amount of time used to prophesy and pray for the downfall of others was used to speak life and bind curses….

If the amount of time used to weep and mourn problems was used to search for solutions….

If the amount of time used to curse was used to bless….

We’d be a thriving society of fulfilled people, with great futures ahead of us.