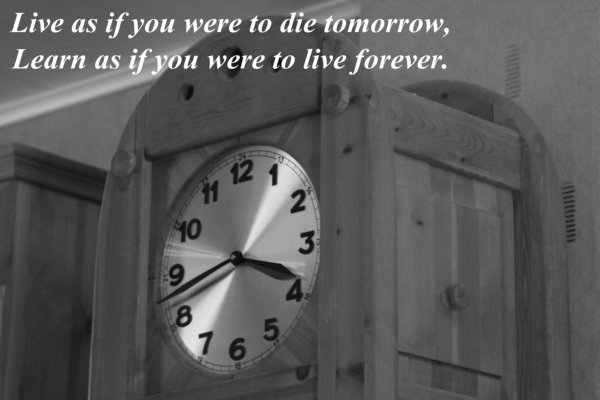 This is a topic most of us consider very sensitive. We all know that’s our destination but for some weird reason nobody speaks about it willingly. We’ve seen families go crazy trying to figure out what to do when a loved one dies, either in preparing the funeral or even in distributing their wealth and for others establishing the real offsprings.

It’s even crazier when on top of all that, you also have to figure out how to transport them back home if they die while in the diaspora. Most of our families believe we in the diaspora are billionaires living lavish lives and when we die, the family is shocked that your remains can’t be returned home cause you had no money and they start asking the friends in the diaspora to raise funds for it.

Life in the diaspora is tough at best, our African traditions encourage/teach us to help one another when in need, but it becomes tricky when you contribute to the repatriation of remains for more than 5 people in one year. The Kikuyus have a saying “Ngwithika wi mwiri/mwoyo” (depends on which side of the mountain you’re from)….it’s a great saying but those were the days that when you helped you helped a family and you remained in their memories thus when something happened to your and yours you could call to them. For those in diaspora, you help take back the remains of one person, most likely they are the only ones you know from their family meaning when you die and all your friends already died before you and you contributed to their funerals, when your time comes, you have no one to contribute to yours. That’s in the worst case scenario. We know you should do good without expecting anything in return, thus my post, for you to be ready regardless of whether or not people you helped will be willing to help you out in death.

I hope you get the essence of this post though. We as Africans and Kenyans in the diaspora have to talk about death and prepare for it. I’m not asking you to become fanatics like the guy that sleeps in a coffin, saying he’s just being ready just incase he dies at night then the family won’t need to do much, just take the coffin and bury it. That’s in insanity. But let’s discuss the different options to help bequeath us a funeral we deserve; before any of us passes away. I’ll stay away from discussing burial vs cremation, I think that’s a personal choice but if you are hell bent on one of these, please leave provisions to make it happen.

Worth noting though is that if you choose to save the money yourself in a Girokonto, Sparbuch or Life insurance, if at any one point you have to depend on welfare (sozialhilfe), then you will have to use the saved money before you get help from the state. So be safe and choose a plan that is secure regardless of your income.

You can create a savings account in which you deposit a specific amount to every month. All you need in such an instance is to give the name of the person to receive the money in case of your demise, this can either be a relative or the funeral home director.

This is an account where you deposit a document with all your wishes for your funeral and the money to pay for it. It can be set up either at the Bundesverband Deutscher Bestatter or at the Deutschen Institut für Bestattungskultur. Although setting up with the major institutes might cost you a few more euros than setting it up with the local funeral home, you are sure that your money will be safe until you need it. Which wouldn’t be the case if the local funeral home went bankrupt, in which case you can’t reclaim your cash.
In addition, your money gains interest during that time when it is in that account.

Until 2003, the public health insurance included death insurance. In Holland they actually still do (or so I heard). Today, only civil servants get the death insurance from their health insurance. Private health insurance providers are currently trying to fill this gap with policies with a pay out of between €4000-€10,000. In Kenya the policies range from a million to 10million shillings.
This can be to either pay for just the funeral and/or also the repatriation of your remains back to Kenya if you want to be buried there. Most Kenyan banks offer the life insurance as a “Bury me home” product and promise to pay out the full amount within 24 hours of being notified of the death of their client. Choosing a Kenyan bank or insurance company offers the advantage of allowing your relatives to get the money themselves easily. Of course this doesn’t apply when you have relatives in Germany who are well versed with the system and can follow it up on your behalf.
Get an insurance from a recognized company in Germany, you will need to ask for a Sterbeversicherung or Sterbegeldversicherung. This is different from one company to another, so shop around and choose the one that works best for you. Some will offer to pay for the funeral ceremony, meaning you practically organize your funeral and they will pay for it. You can choose the specifications depending on the company.
Considering this is a form of the Kapitallebensversicherung, it is also tricky to be sure how much profit your money will make. In some cases, your money might make more profit and eventually more money is paid out than you had thought. In such a case, you will have to figure out what you want to do with the extra money and declare that before your death.
Those who start early might end up paying more than is eventually paid out. In cases of bankruptcy, one is assured of €3500 from the Sozialamt.
If you pick a policy for 65 or 85 years, if at that time you still haven’t died, then you stop paying for monthly fees and just wait for the pay out.

You can pick a life insurance either here in Germany or one back home in Kenya. Depending on which company you choose, the amount can be paid immediately the death is announced to the bank or insurance company.
Unfortunately there have been cases of relatives deciding someone with a life insurance is worth more to them dead than alive and they decided to aid the process. So be ware who you inform of your life insurance policy and how much its worth.
However, if you pick the Kapitallebensversicherung, that is only paid out when the policy owner hits a certain age, in Germany that is 65 years.

This is a great options for the young people. It’s also quite cheap when you are still young, though it becomes more expensive for older people. The age limit for this insurance is 65 years, once you hit 65, most insurance companies won’t allow you to sign up for one.

The only disadvantage with it however, is the fact that if you don’t die within the time period the insurance is valid, then you lose the money you had paid for it. To avoid this, you can sign up for one using the Sparoption. Experts however don’t recommend this combination.

This allows you to decide what kind of funeral you would like, the type of coffin, where to be buried and other specifics about the funeral. You can sign up for one of these at any funeral home in Germany, Bestattungshaus. It is FREE to sign up for one.

You need one, you might not be Bill Gates but you need one. The will is basically your voice when you are no longer able to speak for yourself. You have wishes/requests you want to ask of your people, this is where you should do it. And please make sure you leave money for these wishes if they are extravagant.
For the men, please declare your real wives in the will, it will save people a lot of heartbreak. The women, declare your real number of husbands (yes, some of us ladies have followed the great example of our men and they have husbands both in diaspora and back home) if that’s the case, it might also help to declare who the kids really belong to.
Don’t include details on how your funeral will look like, especially if your will is submitted to the courts because your family can only get the will after they present your death certificate to the Court, and you only get a death certificate when someone is buried. Just to avoid issues of people resurrecting and finding their property owned.
The different options open to you in Germany include:

We’re a community and we love communal activities. There’s one chama like that in Essen, where Africans have come together and they contribute a certain amount for funerals either for the person or for their relatives. That is, when your relative passes away then you get a certain amount from the group, and if you die then the pay to take you back home.
Share with friends:

Being used as Puppets in a Fight you Know Nothing About