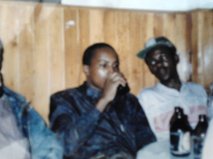 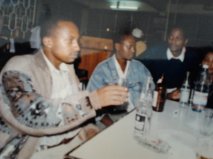 He is originally from Thika, his name is George Chege Mwangi also know as Peter. He came to Germany in 1998 and last time he communicated with the sister in Kenya was 1999.He is known to be living in Germany in Frankfurt Mains.
The family in Kenya has no contact  with any of his  friends but he used to go to parties with lots of his mates from Thika  who came around the same time he did.

One of the guys who was his friend is Peter Chomba and his sister Saidi who is married and living  in Berlin. Unfortunately Peter and his sister haven’t been helpful in locating the missing guy.

Most  people from Thika would know him.

If you have any information on his whereabouts, please contact his sister Margret:  maggiegate2

The BEST Tribute to Mandela