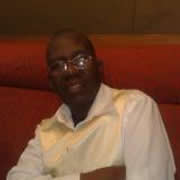 After the story of Kamotho in Austria was released (Kenyan Embassy in Austria frustrates efforts of a Kenyan to return home), word got to the Austrian embassy on how their name had been tanished especially that of Mr Onyango.

According to the article on Diaspora Messenger, the embassy hasn’t refused to help Mr Kamotho, neither are they against him going back home. The embassy has in recent times encountered many foreigners posing as Kenyans, only to get the required documents. The Embassy only required that Mr Kamotho present documents to prove that he is actually from Kenya.

His ID that was sent from Kenya was good enough evidence and had only arrived last week. Now all they require are fingerprints which the Embassy has no mandate to take, thus Mr Kamotho has to go either to an independent organization or to the police in Vienna to have his fingerprints taken.

Mr. Onyango expressed shock that such lies had been spread about him, while in reality he had helped advice Mr. Kamotho on where and how to get these issues sorted. Currently the Embassy is awaiting feedback from Mr Kamotho who on being adviced to go get his finger prints taken, hasn’t returned to them. The Embassy emphasised that as soon as they had all the required documents from Mr Kamotho, he would be issued with Kenyan travelling documents.

Sometimes we as Kenyans/Africans can be very very harsh on our very own, most of us have no problem when the Immigration offices here take years to process our issues but when we go to the Kenyan Embassies we expect stuff to be done ASAP. When you’re asked to bribe to make stuff go faster, you complain that you’re in Europe and expect services without bribe (which is the correct thing) and that the Embassies should follow procedure because this is Europe/America etc. But when they start following procedure, then you complain that they are frustrating you and you call it racism…….what do you people want???

As I keep saying, for Kenyans corruption is only when it’s done by those we don’t like and/or when stuff doesn’t go our way…….But that’s life, not everything goes the way you wish for it to….Unfortunately.

Does being a Refugee in Germany equate to being a Suspect?