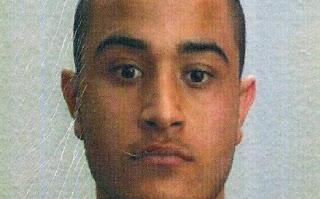 Imagine you wake up one day, and when you open the newspaper you find your picture under the title “German Terrorist responsible for Bomb Attacks in Kenya”.
Well this happened recently to a German-Turk recently. After the terror attacks that have been raking our home country, the Kenyan government recently published a picture of a member of the Al-Shabaab, Emrah E. who is believed to be German who is responsible for some of the attacks in the country. Only problem is the owner of the face published is a student in Stuttgart and has never been to Kenya. He confesses to be a muslim but not a fundamentalist as he is even married to a non muslim woman. He’s also sure none of his family members or close friends are terrorist thus not understanding why the German Intelligence would have taken the picture.

Some might be quick to blame the Kenyan police for the blunder, but the picture was actually provided by the German Intelligence Agency. Emrah E. has since been arrested and deported back to Germany, so it is pretty weird that they had him but couldn’t take an actual picture and had to rely on a wrong one from their files. The owner of the picture is sure the picture was taken by the German Intelligence Agency without his consent nor his knowledge.

Isn’t it scary to know that the German Intelligence might be following you around and taking pictures of you? And now with the new permits that have your finger prints, don’t you kind of feel like you are in a transparent box with people watching you??? What do you guys think? Is this right? Should they do it? Are you ok with it? (Ofcourse regardless what we say here, nothing will change but it would be great to hear what you guys think)

Alternatives to the Wirtschaftsprüfer Exam

Letter to all African Organizations in the EU

Employment Opportunities for Foreigners Have Increased But Not Their Earning Potential

Austrian Man Sentenced to One Year Imprisonment for Killing a Kenyan