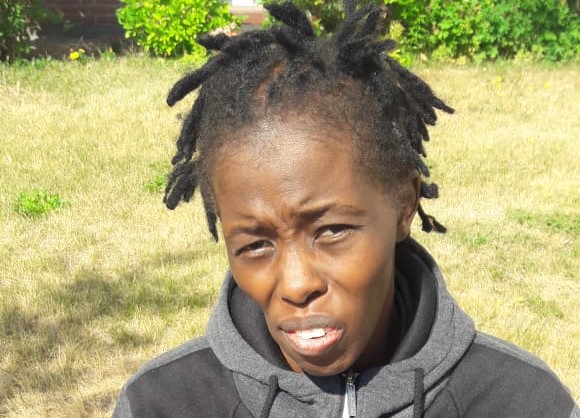 A Kenyan lady has gone missing in Berlin/Brandenburg and the general public is asked to share any information they might have to help locate her whereabouts.

Ruth Muturi, a Kenyan lady, living in Brandenburg went missing two weeks ago. Ms. Muturi had been complaining about the conditions under which she was living at the refugee camp and some officials from the Kenyan Embassy went to inspect her residence. A day later on the 15th June, she visited the embassy in Berlin and on the way home was escorted by one of the embassy employees. At the time she was wearing a long-sleeved blue jeans top with two large breast pockets, khaki green trousers and red ballerina shoes. In one of her pockets she had a piece of paper with three numbers from friends she could contact.

An acquaintance later confirmed to have seen her in Eissenhüttenstadt three days later on Monday, 18th June. After which, nobody has seen her.

Ms. Muturi who moved to Germany last year is conversant with the Brandenburg-Berlin area and has never had a problem finding her way back. The lack of a trace has left her friends and neighbours at the camp quite worried.

“The social worker in her camp reported to the police and they were told that that she is not under 18 so they can not look for her”, a friend told Mkenya Ujerumani.

Anyone who might have seen her or have information on her whereabouts is requested to text, call or Whatsapp the following people:

Any information will be greatly appreciated.

UPDATE (Saturday, 30th June): Ruth is believed to be in Wetter, a small town north of Marburg in Hessen. Some well wishers found her at the train station in Dresden and took her home, where she spent the night. She claimed to live in Hessen but had no money to buy a ticket and the well-wishers bought her the ticket and got her on a Flixbus headed to Frankfurt am Main, where she was to take a connecting bus to Wetter. The well-wishers only saw this article, after they had parted ways with the Ruth.

Please look out for her, regardless of which town and please share any information you might have with:

From Volunteering in Serbia to Finding Love in Eichsfeld: Kenyan Shares