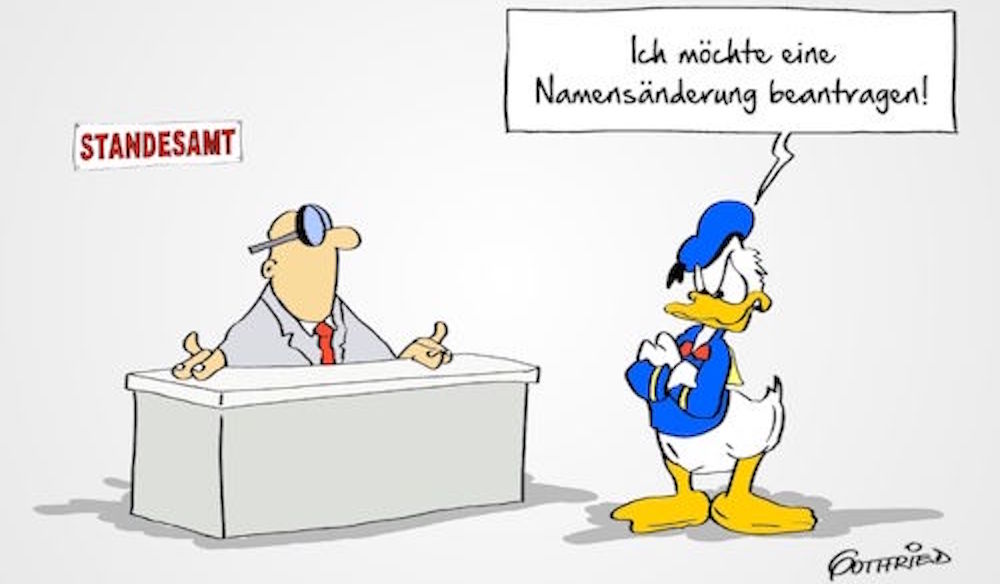 Now here’s a case between a Kenyan-German couple that recently hit the court rooms.

A Kenyan guy gets involved with a German woman and they got a child out of wedlock. The mother being the sole custodian, decides together with the father to give the child a double surname, hers and her boyfriend’s. The child lives with the mother and her three other children from a previous relationship.

Fast forward and the relationship breaks down and the mother decides she wants her fourth child to have the same last name as her other three children and herself. BUT the Kenyan dad is not having it and wants his daughter to keep his surname.

The short version: The Kenyan won, the mother cannot wake up and decide to change a child’s name out of nowhere.

Long Version: The court in Koblenz ruling on this case dismissed it siting there needs to be an important reason to change a child’s name. Feelings and moods should not decide when to change a child’s name. Changing a name is only allowed where the child’s interested is affected. These would be instances where keeping the name would translate into a disadvantage or where taking up the new name would bring considerable benefit in the child’s life.

A good example of a disadvantage has been for children named Isis which tends to be associated with the terrorist group, ISIS in the Middle East. A good example of an advantage would be if your child is adopted into the royal family, a good example are the over 50 adults adopted by Frédéric von Anhalt.

The desire to have the same family name, is not enough to change a child’s name. Even simple teasing of the child by other children is not enough reason to do so.

A possible basis for removing the father’s name from the child’s surname would have been possible if the father was absent in the child’s life, had absolutely no relationship with the child or had left the country and his location was unknown.

Keep Your Current Number Plate When Moving Within NRW

Refugees Allowed to Work and Study Without Numerous Approvals