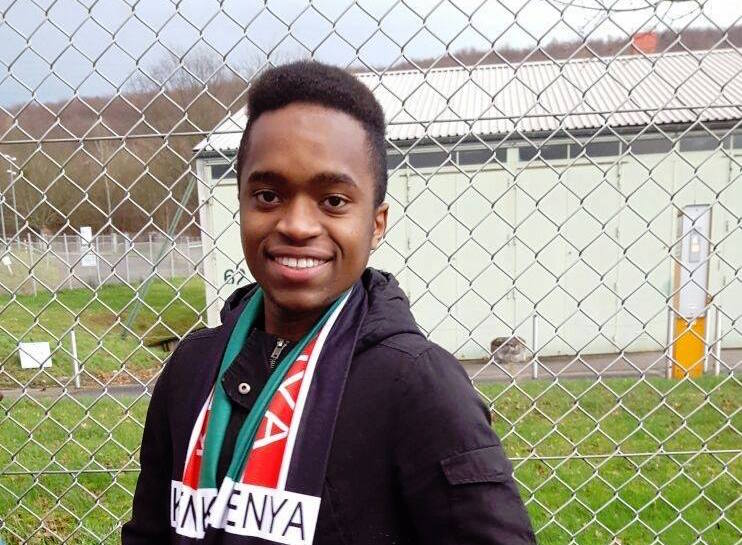 A Kenyan teen, Charles Thiong’o, has passed away unexpectedly in Minden in a sudden turn of events.

A few days before the end of January, Charles celebrated his eighteenth birthday but decided to postpone the celebrations to a later date. A date that was never to be.

A few days after his birthday, he went out for football training. During football practice, he collapsed. His team mates carried him to the side and had him lay on the bleachers. The coach checked on him and assumed he would come to.

On realising that he wasn’t waking up, the coach called the ambulance which had to come in from the neighbouring town. It took half an hour for the ambulance to arrive and another fifteen minutes to get Charles to the hospital.

On arrival at the hospital, Charles was immediately placed on Intensive Care. According to the doctors Charles’ brain had gone for a while without oxygen. Unfortunately, his condition did not improve during his stay in the ICU. And after a week in the ICU, he was pronounced brain dead on the 1st of February before switching off the life support machines on the 6th of February and being pronounced dead.

A postmortem revealed that Charles had a heart issue, known as Cardiomegaly a form of Athlete heart syndrome. Cardiomegaly is a condition that causes the enlargement of the heart thus hindering the pumping of blood. The causes of cardiomegaly may vary, and some tests will be run on Charles to find out whether it was a genetic or caused by a severe flu. In some people living with the condition, there are no symptoms as was the case with Charles.

Charles’ family and friends would like to transport Charles to Kenya to his final resting place, if you would like to support the family financially, you may do so by transferring cash the following account.

Update on Cliff Oase (Kenyan Who Drowned in Neuburg)

Young Kenyan Man Passes Away After Tram Accident in Griesheim