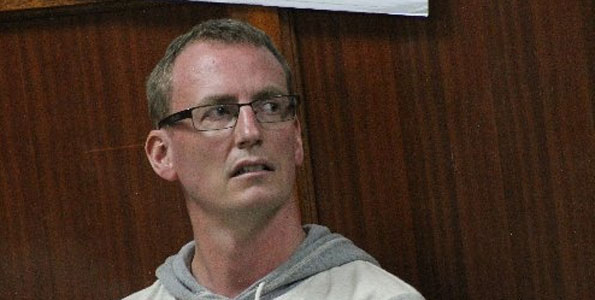 A German man wanted by the International Police (Interpol),  for stealing from a German bank in Stuttgart, was arrested in Mombasa and is currently awaiting for his extradition back to Germany to answer for his crimes.

Director of Public Prosecutions (DPP) Keriako Tobiko has consented to the extradition of a German who is being sought over a bank theft.

Christian Schmidt, who was a banker in Germany, was arrested by International Police (Interpol) in Mombasa where he had been hiding after fleeing from his motherland on December 23, 2014.

The request by the German prosecutor’s office to extradite the former banker was presented to Mr Tobiko through the Ministry of Foreign Affairs.

“The Stuttgart Department of Public Prosecutions is investigating serious cause (crime) of theft against Mr Schmidt born on June 6,1972 formerly residing  Hauptstrasse 16,74354 now residing in Apartment 202, in the Jupiter Heights Nyali in Mombasa,” Mr Tobiko was informed.

Mr Tobiko heard that a Stuttgart court had issued an international warrant of arrest against Mr Schmidt on January 7, 2015.

The DPP was told the fugitive was employed by the Regional State Bank of Baden-Wilrternberg in Stuttgart.

The suspect was responsible for packing cash into containers in the bank. He is accused of keeping bundles of cash in a drawer.

“The suspect returned to the camera-surveilled counting room, took the bundles of money, put them into a cardboard box and left the building to keep it for himself,” the testimony reads.

Mr Sang urged Mr Ogembo to remand the suspect. The fugitive will be detained in custody until October 22 when the extradition proceedings will be heard.

Interpol escorted the fugitive out of court and handed him with a copy of the complaint. He was required to read and understand the claim in readiness to cross-examine witnesses from the bank and others who will attend court.