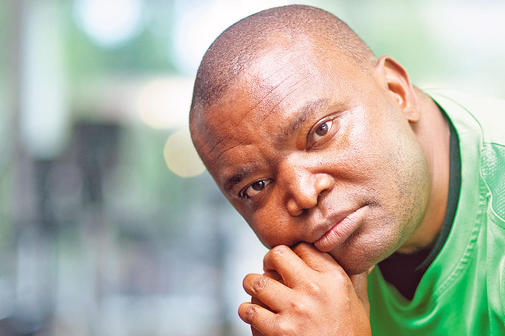 Born in the second largest city in Kenya shortly after independence, among the first sounds to welcome the young Sam Kenga Masha were from the lapping of the waves from the ocean.

One day while walking home from training, tragedy struck. He was bitten by a puff adder.  Presented with the choice to amputate the leg or to live in pain forever. He opted for the pain, “otherwise my dream to pursue sports would have been over, and that was unimaginable for me.”

Born to a chef, he decided to pick a path different from his father’s choosing instead to get involved in sports and even signing up to a sport’s college. As a student, he spent his free time working as a surfing instructor at the same hotel his father worked at, the Intercontinental Hotel Mombasa.

Walking around the hotel one day, he walked past a crew of photographers and models. A photographer noticed him and approached him requesting him to take part in the photoshoot. Kenga agreed. Impressed by his looks and prowess, the photographer offered him a contract.

That was the beginning of Kenga’s new life. The first time he came to Germany, he lived in Frankfurt albeit briefly under a contract with Benetton. His home as he says, was the world. From Jamaica, Vienna, Fuerteventura to Tunisia.

At 22 years of age, when his contract ended, they refused to extend it. During his stay in Fuerteventura, he had made some contact with an owner of a Gold club who offered him a job as a trainer. He stayed there and worked in Fuerteventura for 3 years before he became homesick and returned back to Mombasa.

Back in Mombasa he worked as a fitness instructor before he met a German lawyer who convinced him to follow her to Germany. He returned to Germany again, but this time not to Frankfurt but to Eichsfeld, near Duderstadt. A huge change from what he knew in Mombasa but as he says, “different but not bad”.

After settling in, he found himself a job as a fitness trainer yet again, this time at Fitness First in Göttingen where he worked for 10 years. This position saw him featured in various television channels in Germany including RTL and SAT1, as fitness instructor for aerobics and fitness.

In 2010, he decided to take the huge plunge and become a freelancer. He started his own company which he says is doing well. “A lot in this business depends on recommendations.” To get recommendations, one needs to have happy clients, which Kenga seems to have. His youngest is a 12 year old and the oldest is 72, most of whom are women. He either trains his clients at home or at a gym with which he has signed a contract with.

Masha Kenga is now divorced, his daughter Luana is 17.  He travels to Kenya twice a year where he especially enjoys swimming in the warm ocean waters. “In southern Niedersachsen there are unfortunately no seas, and the North and Baltic Seas are too cold for me.”

He chooses to ignore when it snows, “I try to see only the good in life.”

Asked where he wants to live after retirement, he could not say. His only wish though, is that “I can continue playing sports until the end of my days.”