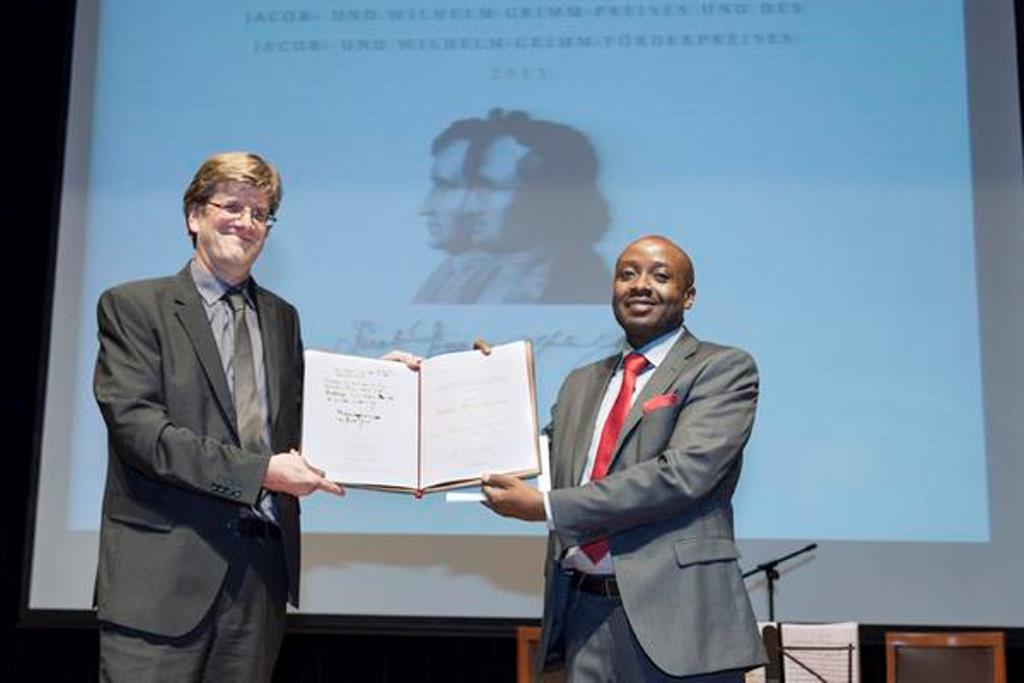 The Jacob- und Wilhelm-Grimm-Förderpreis that is awarded annually by the German Academic Exchange Service (DAAD) was this year awarded to a Kenyan specialits in German studies, Dr. James L. Ikobwa Meja.

Dr. James Ikobwa Meja, is currently a lecturer in the Linguistics and Languages Department at the University of Nairobi and at the School of Humanities and Social Sciences at Strathmore University. Through his studies and his work as a German teacher at various Universities in Kenya, Dr. Meja has made a name for himself through his commitment to the German language and German studies in Kenya.

The award includes 3000 euros in cash and a fully funded one month research stay in Germany. The award was formally handed to the recipient on August 25th in Shanghai during the German Studies congress where more than 1000 specialists in German studies from around the world congregated in the city for the event.

Dr. Ikobwa is married and is a father of two 15 and 11 year old children, with another baby on the way. His advice to students wondering on whether they should take up linguistics, “the trend nowadays is that foreign languages are studied to add value to whatever one is doing or aspiring to do. For those interested in studying pure linguistics and languages, they should go for it opportunities are there.”

The Jacob and Wilhelm Grimm Prize is the highest international German Studies awards which was founded in 1995 awarded to the very senior scholars in this field. In 2011, the award was introduced for upcoming outstanding young researchers who have visibly contributed greatly towards the promotion of German abroad through research, teaching and publication in the fields of language, literature and culture. To be a nominated, nominees are secretly picked based on PhDs received.  This is the first time the award is being given to an African, something that Dr. Ikobwa holds to heart. It’s a great achievement.