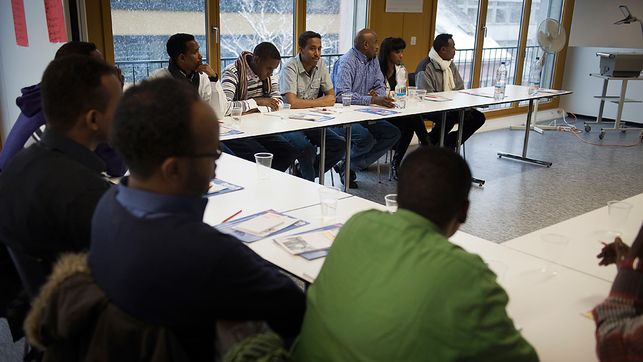 Researchers from the Bertelsmann Foundation found that, on average, a migrant in Germany without German citizenship paid €3,300 more into the social funding than they use, resulting in €22 billion in the pot in 2012.

That surplus per capita has risen by more than 50 percent over the last decade.

The authors wrote that the result dispels the myth that the 6.6 million immigrants are a burden on the social system. They said that further generations can only benefit from more migration.

However, A survey done in 2012 showed that two-thirds of Germans think migration is a strain on the German economy.

Unsurprisingly, the study found that the better educated the migrant, the bigger contribution was made to Germany’s tax payments.

The study also cautioned that it the numbers don’t include immigrants with a German passport, which, the authors said, would only increase the gains.

“The better qualified the immigrant, the higher the financial contribution to the public purse,” said study author Holger Bonin.

Support for the study came from the European Centre of Economic Research (ZEW).