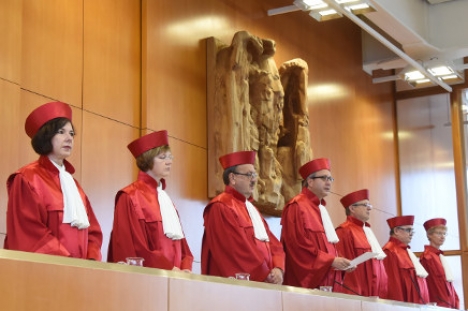 If you work for the Catholic Church, this might be of interest to you.

The court ruling in Karlsruhe gave the Catholic church the power to determine who works for them and under what circumstances.

The State was obliged to remain neutral and respect the Church’s right to enforce its customs, Andreas Vosskuhle, the president of the Constitutional Court, said in Karlsruhe.

The ruling overturned a 2011 decision by the Federal Labour Court that a Catholic Hospital in Düsseldorf was wrong to sack a divorced doctor for ‘disloyalty’ when he later married his long-term partner.

That did not take into account the “significance and scale of the Church’s right of self-determination”, Vosskuhle said.

He added that labour courts may only give limited scrutiny to this accepted special status of the Church, which has special rights under Germany’s Constitution.

The Federal Labour Court must now hear the doctor’s case again from the beginning, the Constitutional Court ruled.

It cemented the Catholic Church’s right to self-determination in the selection of its staff and their terms of employment, he added.

Traditional responsibilities of loyalty by Church members have come under increasing criticism in recent years.

Consequently, the Catholic Church is considering a review of some of its basic precepts, which may also bring a liberalization in issues including remarriage and homosexuality.