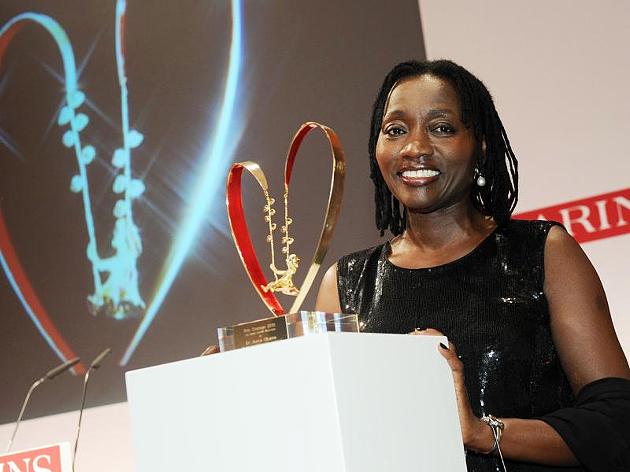 On Wednesday evening Auma Obama was named “Woman of the year” and awarded the “Prix Courage” by the ZDF-Mona Lisa Magazine. Auma was among ten other women that were celebrated for their involvement in solving problems regarding women and children around the world.

The Prix Courage comes with a trophy and a cash prize of €20,000. It is awarded a year after meaning Auma Obama is Woman of the year 2013. She received the award due to her work with her organisation, Sauti Kuu which aims to encourage the youth to speak out for themselves and to have a voice in matters affecting them and their environment.

On Thursday, she was bestowed the honour of opening the international conference at the American Studies institute at the Johannes Gutenberg-Universität in Mainz titled, “Obama and Transnational American Studies” with her lecture entitled “You Are Your Future.”

The conference that ran from 16th to 19th of October was to look at the concept of Transnational American Studies in light of changes brought about during the Obama presidency. The general assumption of the conference was that Barack Obama embodies the concept and practice of Transnational American Studies and this is also related to his wife, his children, and his African siblings.