You might not love her, but you definitely have to respect her.  She’s accomplished more than most people making her a real role model to both men and women. As she turns 60 today, we celebrate by getting to know more about her.

1. She’s the third politician in German history (since world war II) to win a third term.

2. She worked in Helmut Kohl’s cabinet as a Minister. She wasn’t amused when she got a ministry she considered “women’s job”. She was Minister for Women and Youth.

3. Her middle name is Dorothea. (Maybe she’s the one Chameleon was singing about…lol…)

5. She’s afraid of dogs. Putin knows this so when she visited him once, he brought in his dogs. He also gave her a stuffed dog as a present. 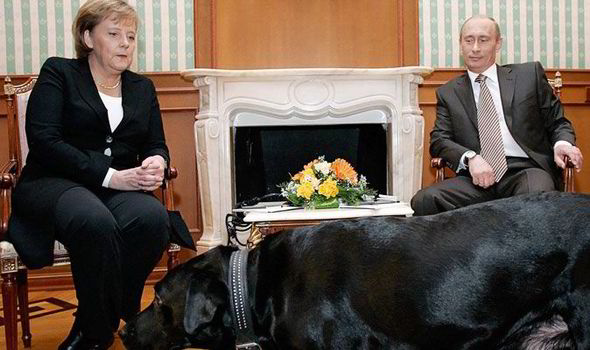 7. She’s fascinated by French as a language but has never gotten around to learning it.

8. Her grandfather was from Poland.

10. Her role model was Marie Curie, (the first woman to ever win a Nobel Peace Prize).

11. She was recently on a carrot diet that helped her lose weight. She also stopped eating bread for her diet to succeed

12. She drinks her coffee black

14. She’s an expert at baking plum cakes. She says it’s the one thing she misses most since becoming a Chancellor.

15. She taught a history class last year in rememberance of 52 years since the building of the Berlin Wall. It was during the campaign season.

16. Her greatest fashion faux pas was when she showed too much decolté when she visited the Opera in Oslo in 2008

17. Her favourite genre of music is classical music

18: She visits the Bayreuther Festspiele every year, usually the only time people get to see her in a dress and with her husband in tow. Also the only time she gets featured on fashion sites cause of the many faux pas.

19. She loves football and being the Chancellor, she gets to get a front row seat at some of the major games. She was there when Germany won the world cup.

Still want to learn more? Listen to her below: