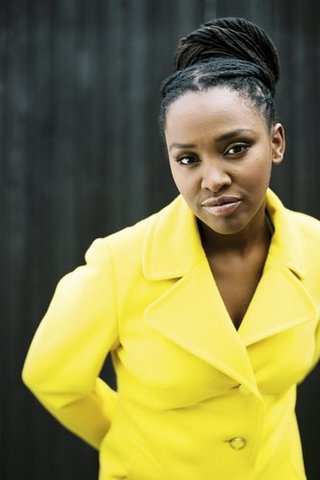 Wanjiru Schindler popularly known by her stage name, Onejiru, is a Kenyan musician making waves in the German music scene with her swahili and kikuyu lyrics.

This summer she will be rocking your radios with the new summer jam, “Today” by Gentleman. The song also features Ivy Quainoo, Tamika, Ebony and Silly Walks Discotheque. If you’ve heard the song and you’ve been wondering who was representing with the swahili lyrics? Now you know, our very own Onejiru, is responsible for swahili making it to one of the biggest German songs this summer.

Onejiru was born and raised in Kenya until she was a teenager and she had to move to Germany. After her father’s death when she was only 13 years old she moved to Wanne Eikel in Germany, where her mother had gotten married. She was raised in Wanne Eikel, where her music career started. As a member of the church choir and the ballet group, her love for music heightened and she went ahead to form a band together with her friends. The band which they named, the Firefuckers, gave her the chance to tour Germany and Austria for performances.

Onejiru also got to be part of a documentary film, “Black Milk- Halbschwarz geht nicht”. The film documented Onejiru’s return to Kenya after 10years of living in Germany. At 22, she had already adapted German mannerisms albeit still being called Kenyan by most. Her African soul riots in her German brain. The motto of the film was: „I don’t have to cower myself – I’m already black!“.

In the movie we learn of two different lives, Onejiru’s close connection to Kikuyu cultural roots, but also her other life as the step-daughter of Mr Schindler, her German step-father. The film showcases how difficult, but sometimes also exiting, life between two cultures can be. Below is an excerpt from the film.

Onejiru at one point also worked as a tv presenter for the Tunes online tv. Here’s one of her shows:

She released her first album in 2006 titled Prophets of Profit and is currently working on a new album. She’s also part of the Sisters, a group of successful female performing artists who’ve come together to engage in issues affecting women; empowering young girls and encouraging team work between girls and boys . The ladies from Sisters visit schools where they offer dance and singing workshop to discuss living between different worlds, respect and self-identity.

Together with the German Federal Agency for Civic Education (Bundeszentrale für politische Bildung “bpb”), the Sisters offer talks on „Afrodeutsch – Fremd im eigenen Land“ (Afro-Germans – Foreign in your own country).

Who said women can’t work together???