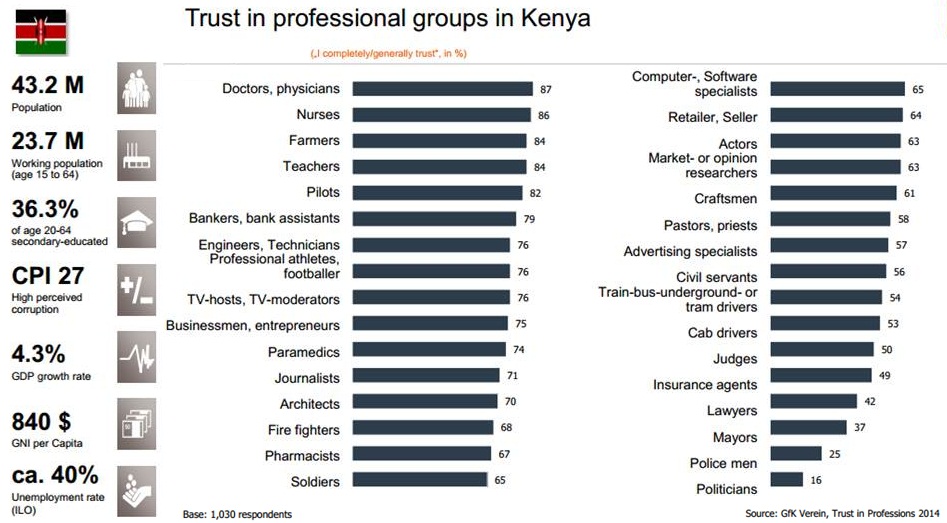 A German-based marketing research firm, GfK Verein released a report dubbed “Global Study on Trust in Professions”, which looked at how much people in different countries trust different professions.

Surprising though is that Kenyans trust shop-keepers more than they trust pastors and priests, so much for being 80% Christian.

The global survey involved 28,000 people representing over 2.2 billion and was carried out between September and November last year.

Kenya, Nigeria and South Africa were the only African countries in Africa that participated in survey. You can find the rest of the survey here. 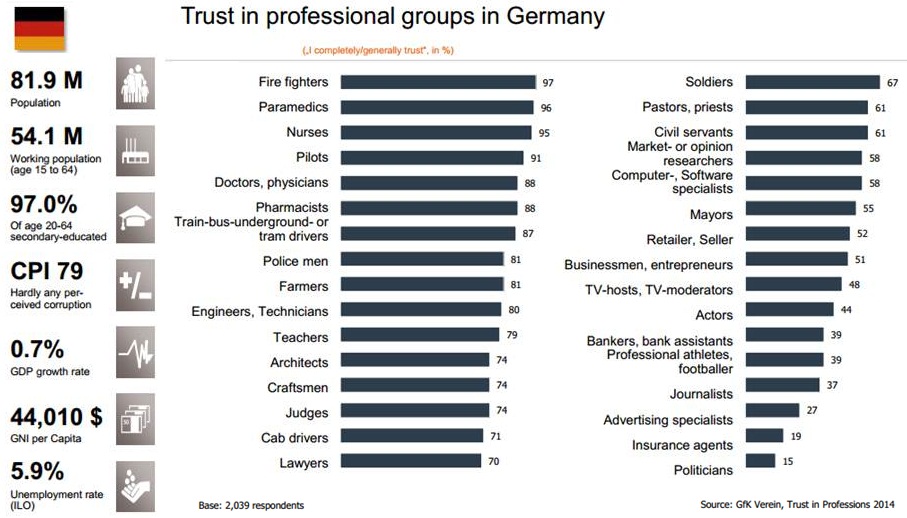 Joining Management as a Foreign Professional in Germany

How to Write a German Cover/Motivation Letter (Anschreiben)

Condor to Resume Direct Flights to Mombasa from Munich

Mövenpick to Open Hotel in Nairobi