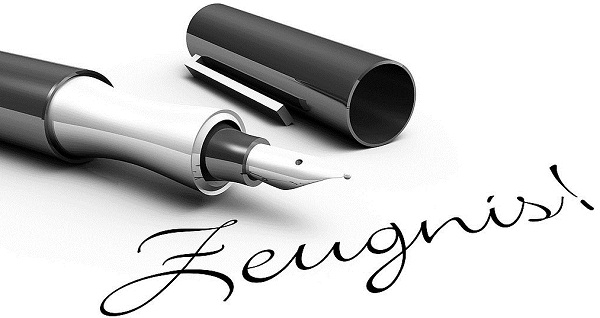 Unlike back home where a reference letter is simply a letter that tends to talk about the character of the person and their work ethic in prose form, the German version is quite different.

1. The German reference letter (Arbeitszeugnis) is issued when you leave your job NOT shortly before you need to apply for something. Back home you usually name your referees in your CV, and in case your potential employer would like to know more, they ask for a letter or call the referee. As you might have noticed, the German CV doesn’t have a referee section (check here). Thus your reference letters which are already written ahead of time are attached together with your certificates to your portfolio (“Bewerbungsmappe”).

2. There are different types of Arbeitszeugnisse:

Some good examples include:

Omitting details on key qualities required for the position e.g. for a sales person, there’s no mention on their people skills, or a graphics designer without mentioning their creativity or an accountant with no mention on their attention to detail.

The order of the words also matters e.g.

Other than the words used in the letter, other things to look out for are:

If you get a badly done or negative reference letter, it is possible to actually get a new one from the employer, just don’t wait too long. In most contracts, there’s a clause that stipulates the time period within which to get a reference letter, thus your entitlement might be taken away if you decide to use the courts for example.

Outlets Sales for the Shopaholics

How Much do Professionals in Germany Earn: Income Report 2015