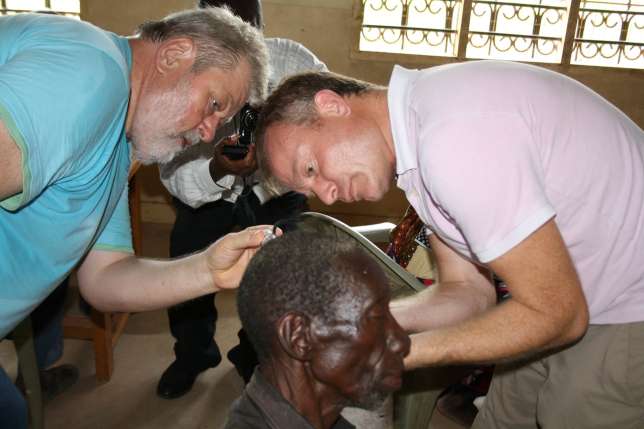 Peter Shehe, the current MP for Ganze, had one promise to his people during the elections, that he would use his Swiss-connections to change the lives of his people. Unlike many politicians who feign amnesia immediately they are elected, Peter is of a different kind, he never forgot his promise.

Peter met Dr. Daniel Meyer a urologist from Thurgau (same place Peter used to live in Switzerland) who runs an project that helps people in Ulu in Kenya. (I don’t blame you if you don’t know where that is, I also had to google, it’s in Eastern Province near Kajiado right between the Nairobi-Namanga highway and Mombasa Road).

Dr. Meyer’s project, FOUSA (Friends of Ulu Settlement Area), has been visiting the area and offering free health care to the people and has even built a clinic and a school. Dr. Meyer’s project has been running for close to 10 years. 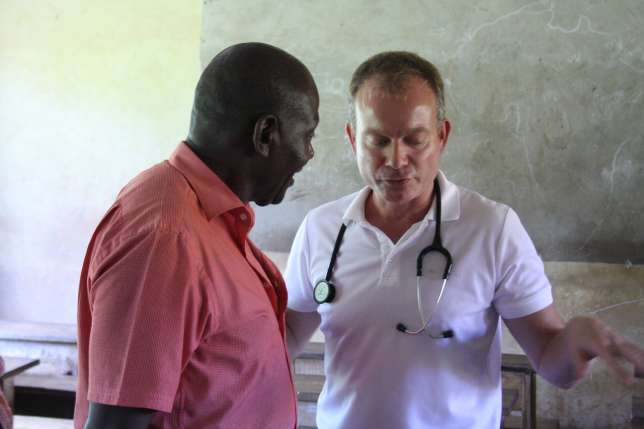 Peter on meeting Dr. Meyer thought that idea would be great for his area as well. During Dr. Meyer’s last visit to Kenya, he spent two days in Ganze offering free medicine and expert consultations to the people. In two days Dr. Meyer and his group of seven doctors saw over a thousand people who were mainly suffering from easily curable diseases from malaria, lung infections and typhoid. The rest of his holiday was spent at his FORSA projects in Ulu.

Peter was also there to check on his visitors and listen to what the people thought of the project.

(Although this is a step, I would expect him being an elected MP to actually get the government to provide the basics in the area and not getting an individual to bring their “holiday allowance” to treat people. I think although Dr. Meyer might be doing this in good faith as their way of giving back, I find Peter Schehe is misusing their goodness. Peter did organise for their travelling within the area but really, seven doctors treating 650 patients in a day what time will they even “move around” the area? Our MPs have to up their game, as in seriously. Bring investors, push government to provide basics to your area, use CDF to build schools and equip health centers with medicine and personnel. Don’t go bringing your friends to come use their money to do what you and the government should be doing…….People don’t want hand outs, they want jobs so that they can afford the basics.)

Providing a Safe Haven for the “Desert Flowers”