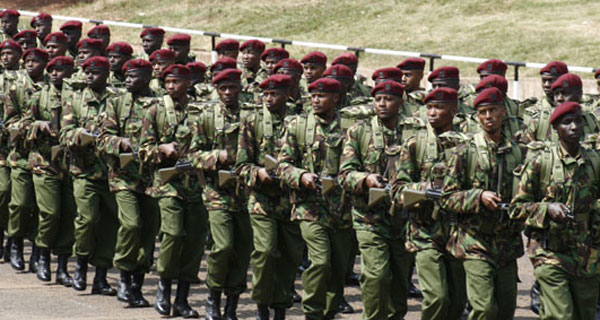 According to the German paper, “Süddeutsche”, Germany and the USA are behind the financing and supply of equipment to a Kenyan torture unit. The torture group not only kills but tortures unknowing civilians in Kenya in the name of learning “Anti-Terrorism” tactics. The cooperation is part of the common struggle of the Federal Republic and the United States against international terrorism.

The USA has in the past few years  increased the number of their army troops on the continent dramatically, it organizes its African missions in Möhringen near Stuttgart in Germany where the American High Command Africom is located.

According to a report by the UN, the ATPU systematically tortures suspects. A study, “We’re Tired of Taking You to the Court“, by the Open Society Justice Initiative and the Kenyan non-governmental organisation Muslims for Human Rights (MUHURI) based in Mombasa, provides a chilling record of counterterrorism abuses by the ATPU.

Here are some of the credible allegations of APTU abuses you can read about in the report:

When Süddeutsche confronted the Federal government with these findings, according to the government, “The training sessions only discuss working methods which are in line with the rule of law and respect human and civil rights. On why Germany was financing ATPU, the aim was to “help the group understand the rule of law and learn to respect human and civil rights”. The government also explained that, “A waiver of exchange of information, particularly in the fight against terrorism would be downright negligent.” Which explains their real intention in working with the group.

Keeping his Promise to the People of Ganze – Hon. Shehe Brings in Doctors From Switzerland