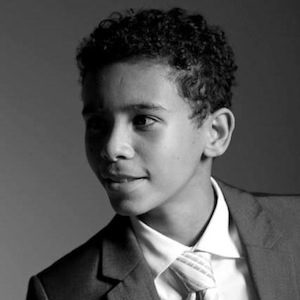 I don’t know why I wrote next because he IS a huge sensation. I mentioned him in passing when he sang together with a few friends at his parents’ wedding in Berlin earlier this year, Three Weddings One Marriage. David Hermlin a handsome teen, born and raised in Berlin.

He was born in 2000 to a renowned musical father, Andrej and a Kenyan mom, Joyce, who have been instrumental in helping him nurture his talent. The handsome young boy started showing his love for music at only 3yrs when he’d sometimes play drums better than some of the band members. At 4 years old, he had his first performance with the band his father led. Such an extra ordinary occurrence that he was featured in a documentary on MDR titled “Aussenseiter – Spitzenreiter”.

His parents having noticed his amazing capabilitied have gone far and wide to help him nurture his amazing gift not just by allowing him time to perform but also putting him through professional training. David has been a student to the Famous drummer, Stephan Walter; and has been taking  dancing lessons at the Tassilo Ebersbach.

David like most young boys loves Michael Jackson’s dance moves, something he has been training and doing pretty well. Since 2010, he got a coach to train better in it.

He speaks fluent English and German. A very well travelled young man, with a lot of insight for his age. He was featured on Msanii wa Sanaa in Kenya. This young man, is going places. Just from googling his name, you see a lot of what he’s done, it’s just amazing.

You can read more about him or keep up with his activities on his site: David Hermlin