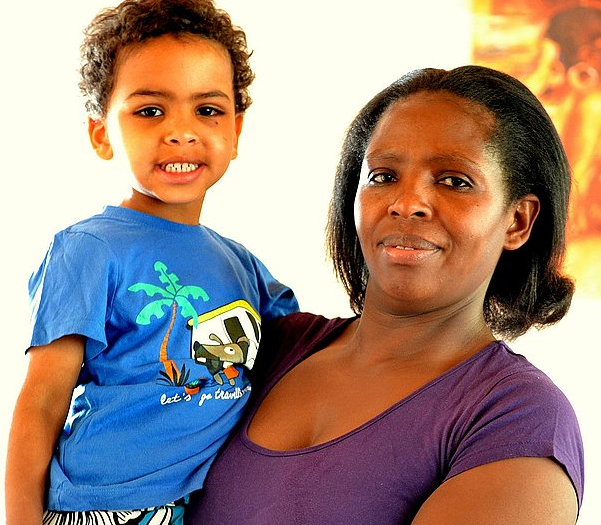 Since 2007, anyone planning to become German has to take a test before they can apply for naturalisation, the test known as the Einbürgerungstest aims at getting foreigners gaining German citizenship, the basic information about Germany.

Recently a Kenyan lady from Bad Driburg, Josephine Symalla took part in the crash course before she could get her German passport. She shared her experience and a bit of her life story with SILKE RIETHMÜLLER.

Josephine came to Germany 7years ago from Kenya in search of greener pastures. The trained secretary could not find a job in Kenya and hoped she’d find one in Germany but her training wasn’t recognised in Germany. She has been living in Gehrden with her husband, four year old son and 9 month old daughter since 2007.

Life was tough at the beginning, she says. She couldn’t speak any German and could hardly communicate with others. She took up a language course at the VHS and passed all the exams although she had to leave earlier from the last class as she was expecting her youngest daughter.

The last minute preparations she did at home. “Taking care of a home, two young kids and learning for an exam aren’t easy”, she says, but she had decided she had to pass the exam. “The questions weren’t hard, you only find them hard if you don’t understand the language thus don’t understand what is being asked”.

Now that she finally got the German citizenship, she aims to try and bring her three children from Kenya, where she had left them. The hard working lady who works as a cleaning assistant instead of staying at home with the kids says, she enjoys being in Gehrden and feels at home there. Hopefully, she can now visit her family in Kenya who she hasn’t seen for the past 7 years since she moved to Germany.

The VHS in Bad Driburg, Brakel, Nieheim and Steinheim are now offering a crash course; daily from 22nd till 26th July from 8.15am till  12.15pm where those interested can take up the test within 7days of serious learning. The test includes 33 multi choice questions. One is considered to have passed when they get more than 17 questions correct. The test handles: Politics and Democracy; People and Society; and History and Duties.