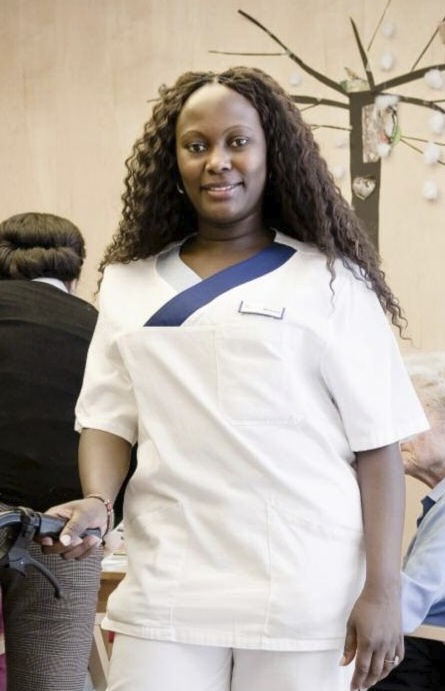 There’s not a single nursing home without racism, – Andreas Zick, psychologist from the Institute for Interdisciplinary Research on Conflict and Violence at University of Bielefeld.

More than 30% of the current geriatric nurses in Germany are foreigners according to research from most institutes in Germany. With the increase in the population of professional foreigners, there has been also an increase in racism and discrimination cases in nursing homes. It’s common practice for the pensioners in nursing homes to call the nurses, Niggers and Sheißtürke (Bloody Turks).

Apparently, old age and diseases like Dementia and Alzheimer tend to trigger past experiences and fears. “These pensions are not necessarily nazis or racists but victims”, Michael Matzberger a former geriatric nurse who recently wrote a thesis on Patients who were traumatised by the war and are currently suffering from Dementia.

Some old pensioners go as far as calling the police on foreign nurses. One such event was when a lady in a hijab brought in food to a pensioner and she called the police after she ordered her (the foreigner) to leave the room and she refused. Some pensioners refuse to work with black nurses or even cleaners claiming that they will contaminate their belongings or food.

For most outpatients (ambulante dienst), many pensioners demand outright that no foreign nurse should be sent to check on them. Some prefer to stay in pain and wait for a German nurse rather than be take care of by a nurse with an accent or darker skin colour.

Unfortunately, all of these cases are never discussed, they are open secrets but nothing is done about it. The reason being that they would like to keep it under wraps so as to attract more foreign nurses. Exposing such an issue would spoil Germany’s image and scare potential nurses thus reducing the chances of more foreign nurses moving here, who are currently Germany’s only hope. According to the Federal Job Agency, for every 100 job vacancies in the geriatric care announced, only 37 people apply.

“When someone is old and weak, they try to maintain their self awareness by demeaning those they consider weaker”, Andreas Zick says.

According to a recent study more than 78% of those foreign geriatric nurses asked have been racially attacked by those they take care of. Claus Fussek an author and a critic of the nursing profession begs to differ. According to him, “the older one gets, the smaller their country becomes. For a Pensioner in lower Bayern, a nurse from Sachsen (Saxony) is already a foreigner. Sometimes, it’s not an issue of racism but that of cultural differences. Recently there was an uproar when a turkish nurse served a “bursted” weißwurst (white sausage). The nurse had used the microwave to warm the sausage instead of using hot water as it is done. When a pensioner refuses to be washed by a black nurse, you shouldn’t blame them but just accept it.”

A Kenyan nurse, Dorcas Wanjohi has been working as a geriatric nurse for the past 2yrs at Georg-Brauchle- Haus des Kuratoriums Wohnen im Alter  in Munich. To avoid mishaps with the pensioners in the home, she introduces herself to every new client at the home. “I do that early before they can have any reservations or any fear of contact with me.”, Dorcas said. She tells them about Kenya and it’s always fun when she finds out that some have been on safari in Kenya before. She does share though, that she has encountered one lady who completely refused to warm up to her friendly gestures.

Whether the Germans like it or not, the nursing homes are becoming international. Some have gone as far as starting nursing homes only for Turks or Russians.

This whole article reminds me of the story of the nurse who tried to suffocate one of the pensioners. (Read: Kenyan Nurse tries to Suffocate Pensioner)