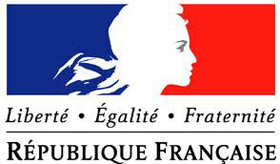 If you have followed French history or their contemporary society you’d know by now that the French love their culture and their language. And they love them sooo much that they prefer to be islands in this global village. Many European countries on noticing the constraints of insisting the world speak their language have given in to offering courses where the language of instruction is English. Germany has seen the number of courses offered using English as the language of instruction increase tremendously in the last few years BUT the French, even the English courses were still taught in French.Now a new law has been put in place after it was tabled by the Higher Education and Research Minister, Geneviève Fioraso. This new law requires that the public Universities in France offer more courses where English is the main language of instructions. The main of this is to attract more foreign students to France and also to ensure that French students are better prepared for the new global village.

This new idea didn’t go down too well with many and the debate ran for 2hrs before it was passed. But not that bad if they passed it after 2hrs considering Kenyan MPs have been discussing about their pay since they were sworn in….now that’s an idea that hasn’t gone down well…but I digress.

One of the conservative MP, Jacques Myard, warned that, “ A people that speak more foreign languages will gradually lose its identity. One has to learn to say no. Only slaves say yes to everything”.