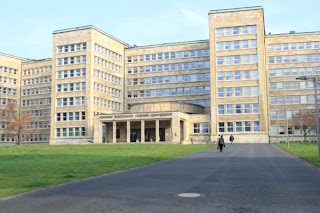 Dubbed the “starter kit”, the cash bonus aims to boost the intake of fifth graders aged 10 to 11 at the school in Speicher in the state of Rhineland-Palatinate, the regional Trierischer Volksfreund newspaper reported.

By end-February, the school, which faces opposition to the unusual initiative, must have at least 51 children registered but, according to the paper Sunday, had just 26.
“I don’t know what’s supposed to be immoral about it?” school head Jürgen Weber told the paper on Monday. “It’s tradition after all to support pupils and parents in the purchase of materials.”

Mayor Rudolf Becker described the controversial payment as the “cherry on the cake” and told the paper that even if 100 children were to sign up and they had to stump up €500 in each case, “we would gladly do it”.

“The path being tread goes in the wrong direction. The choice of school should not be made according to financial issues,” Eveline Dziendziol said.

Chancellor Angela Merkel warned last year that the ageing population poses the biggest challenge of this century to Germany.