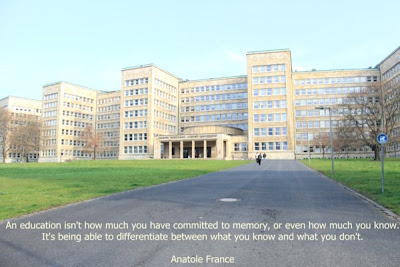 A court in Düsseldorf recently ruled that where a child lives isn’t basis enough to decline their application to join a school. Usually in Germany children are only allowed to join schools in their home Gemeinde, but the court’s ruling will overturn this practice.

In this case, a Gymnasium in Düsseldorf declined students from Meerbusch and Krefeld, simply because they were outside the Gemeinde where the school is located. Apparently the school received more applications than there were spaces, so they simply declined the applications from the “foreign” students. The court said, that the Gymnasium should have simply created a fourth class to accommodate the extra numbers instead of declining the applications.

The parents to the 8 children whose applications were declined were happy to get this ruling although 3 of the 8 children are already enrolled in other schools. The parents are yet to decide whether to withdraw their kids from their current schools to join the one they wanted to join.

The court process started in 2011 and had gone through the courts in Münster before it came to Düsseldorf. The Schulminister was against this ruling and it might be contested.

Deportation after 23yrs in Germany

5 Tips To Getting Your Money Faster From Your Tax Declaration