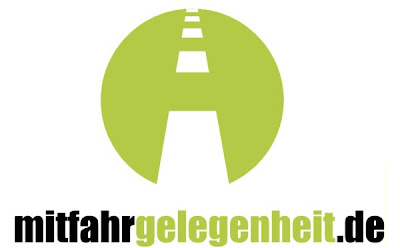 All she wanted was to get a cheap means to travel from Mannheim to Hünstetten, so instead of using the Deutsche Bahn that’s always late and costly, she decided to use a car-share website to find someone using the same route.

For those that do not know what a car share site is, let me explain. Usually it’s a website where people with cars register if they are willing to car pool, they register the town they are travelling from and to, then those that wish to hitch hike, call the owner of the car and they meet up and travel together. It’s a modern way of hitch hiking, only difference is here you use a website instead of standing by the road side begging people to take you with them and secondly, you pay for the service, the cost is usually very minimal when compared to other conventional means of transport.

I personally don’t trust this means of transport, cause as I keep telling people unlike in Africa where the majority worry about others, in Europe life is more individualistic. You might argue that crime in Africa is more rampant, true, but in most cases the thieves in Africa just rob you and leave you to find your way home. In Europe on the other hand, despite weird occurrences being rare and far in-between this is the only place you hear of people wanting to know how it feels to be eaten, or how it feels to eat a live person. But I digress, now back to the story.

The 21 year old Kenyan got a Mitfahrgelegenheit from the internet and they met up in Mannheim heading to Hünstetten where she lived at the time. They drove comfortably until Ludwigshafen or Raunheim where they picked up another man along the way. The drive continued until a certain point then the driver drove out of the main road and into the forest where the two men abused the lady sexually and left her in the middle of nowhere. She walked towards the main road where a lady found her and took her to where she lived at the time.

The lady who isn’t fluent in German and could hardly explain herself nor describe those that attacked or the lady that helped her.

(This is an old story, but it helps to be careful all the same.)

Kenyan Swiss Entrepreneur Arrested in Bangkok Over a Bomb Joke

Catch Auma Obama at the Deutschen Stiftungstag in Leipzig