This is Deutsche Welle project based in Bonn but broadcasted all over Africa. With the advancement of technology in today’s world, it’s quite unfortunate that some students in rural Africa still remain “outside” the digital village.

Learning by Ear focuses on telling African stories, through plays and narrations that are either transmitted on radio or through travelling caravans of actors. The project involves writers and playwrights from all over Africa.

In the team of reporters and playwrights there are 3 Kenyans: 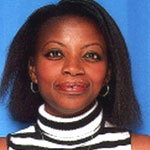 Njoki Muhoho- poet, script writer, journalist and film maker. She’s currently the executive producer to Changes a new tv series that’s broadcasted to over 50countries. (see a preview below). She writes about Hygiene; Jobs and Education and News and Media for Leaning by Ear.

Chrispin Mwaikedu- a professional puppeteer, actor and play wright currently based in Bonn. He writes about political participation, Soccer made in Africa – More than just a Game and malaria.

Zainab Aziz Salim – a professor from Uni Münster and a former KBC reporter and Deutsche Welle Kiswahili service broadcaster. She writes mainly about HIV and AIDS