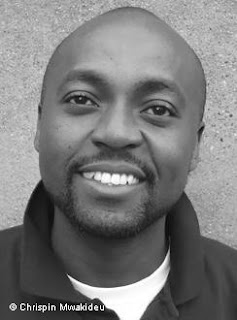 Chrispin Mwashagha Mwaikedu, the Kenyan born puppeteer, actor, playwright and journalist has made waves in Germany through his art. Currently based in Bonn, he’s best known for his involvement with the Learn by Ear project run by Deutsche Welle. He has been with the project since inception in 2008 when he was still in Nairobi. This time has seen the project grow to encourage education of African youth through radio plays and puppet shows. The project has showcased 20 plays since, 9 of which were written by Chrispin.

In 2009, Chrispin won the International Broadcasting Award for his play ”Family Affairs – How to become a political player”.

He says the biggest challenge he faces while writing plays is finding a balance between education and culture as they sometimes clash. His greatest joy though is having the chance to share his childhood memories and help shape the African future through his educative and informative plays.

Critical and Creative Education for the new Africa