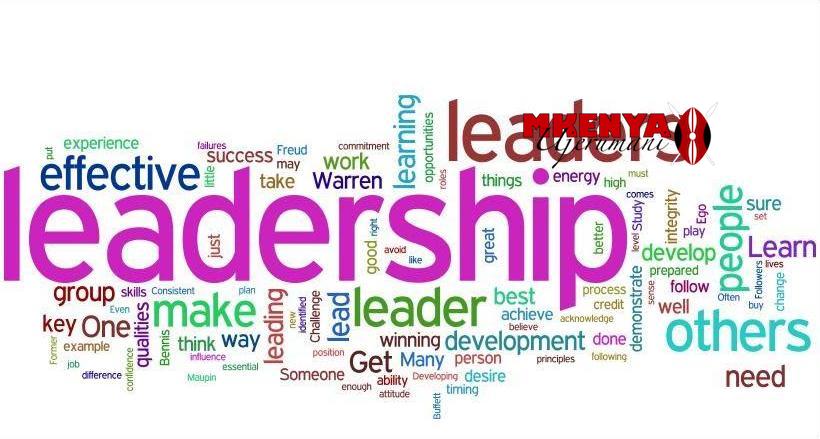 Here is my analysis of why we have the leaders we have, I’m using a small sample (the Kenyans in Germany) for this analysis, ofcourse I don’t know every single Kenyan based in Germany but I’ve met and interacted with enough to be able to make an analysis. Of course this doesn’t mean all of us have these behaviours, but considering the state of our politics, I guess a lot of us have them thus the problem we are in now. As always, I invite all of you to add more from your own experiences, I’ll do a part 2 with your contributions. Don’t be shy to also include some of the bad habits you have, ni sawa tu. You can only conquer what you identify. Have a great start to your week people. 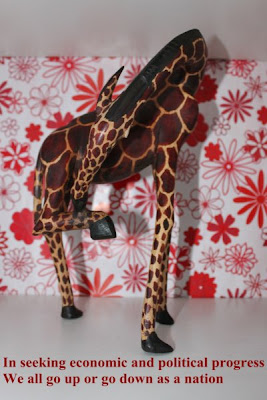 1. We never agree to disagree

We don’t have to have the exact same ideas and thoughts to work together. You join an organization, instead of trying to find common goals and work together towards those; immediately someone doesn’t accept your idea, you decide to start your own organization. Look at how many parties we have in Kenya.

2. Attacking characters instead of ideas

Person A has ideas to help us as Kenyans move forward and all the other people are doing is focusing on who peron A is instead of whether or not the ideas make sense and if person A can implement them or even how we can help person A improve those ideas and/or implement them.

How many Kenyan parties have a manifesto and how many of those politicians running for whichever seats in the coming election have concrete plans for the future? How many of those politicians hold rallies and discuss the plans they have for the country? They’re always holding rallies and discussing about Vitendawili, or how one has a case in the hague, or how another is always talking about the Vitendawilis and the rest are always singing and dancing.

A guy is bewitching people (au pairs); and they end up paying more than €2000 just to get a host family. I don’t believe in witchcraft and I think that deserves a post on its own, but how dare you try to reap where you did not sow by threatening people with witchcraft? But don’t we love to do that? When you are rich, you use your power to keep the lesser humans quiet cause you can crash them literally.

They say money talks bullshit walks. Heard the saga of a certain politician’s car that runs over people, mara it’s been shot or it shot someone….eeehh only in Kenya do you have cars that actually commit crimes.

You don’t care what happens to those trying to work with you or even those around you, you only think of you, yourself and your family. People are starting organizations front right and center in the name of helping orphans, the under priviledged kids in Kenya and/or the Kenyan Community in Germany; yet those collecting funds first pay themselves (handsomely) or use the organization as a vehicle to profit themselves then the little that remains (if at all) is used to help the target groups.

5. Stealing ideas from one another

Someone comes to you with an idea, you take it and run with it. Competition is good but robbery with no violence is not a good idea. Sometimes working together brings more success than working against one another. You hear one party organizer is planning a kenyan party this weekend in Köln, and you start organizing your own in Bonn the same weekend…..how now when your target group is the same?

Look at the past 2 weekends with two major political parties from western both holding their rallies in the same towns the same weekends….really?

6. Those thinking right are never involved

All those that know the difference between what’s right and wrong never get involved. Those who could actually make a difference never want to get their hands dirty and do the work, they prefer to watch from afar and say I told you so. They expect the change to be from those that have already proven they know no other way than the old way. Ask Kenyans who have made it in this country to come and help out with ideas or just to motivate the new ones that it’s possible to do something other than become a cleaner in Germany and they aren’t willing to show up but ask those that only know how to be cleaners and they are willing to share that info.

Kenyan politics: ask the thieves to run for another term and they are very willing. Ask the ones who could actually make a change and they say, Politics is a dirty game, instead of them going in and making it clean.

7. Better the devil you know than the angel you don’t

I think this goes hand in hand with no. 6, I don’t know really if it’s 7 that causes 6 or 6 that causes 7, guess it’s a chicken and egg paradigm.

We always prefer the proven road instead of the road less travelled. Tell someone it’s possible to be something other than a cleaner; and they ask how many people do you know who are anything other than cleaners? Or you hear others say, you can never be anything else in Germany….Tell Kenyan girls after the au pair year that they could do something else to stay here other than get married, and they say that’s the only way….

This applies to our politicians as well, how else do you explain some politicians who have made absolutely no improvements to their constituencies nor in all the ministries they have held, yet they have been in every government since independence and now they want to be president and they actually have supporters??? How do you even support such a person? They couldn’t run a tiny constituency, they couldn’t manage a ministry and now you want to give them the country????? Really???

Most of us would say tribes don’t matter, and I always thought they don’t considering I’ve never let tribe help me make a decision not in choosing those I interact with or even in places I visit but to my utter horror, tribe does matter to a lot of people. Maybe it depends on where you were born, or even your age, I don’t know but as much as we would like to think it doesn’t it actually does. There are organizations here formed for “Kenyans” but only certain tribes are allowed in, while other tribes are locked out. In this day and age, in 2012, some Kenyans based in Europe and who have been living here for more than 10yrs can actually sit and form a group for their tribe???? It’s quite unfortunate that most of those in the diaspora instead of perpetuating love for our country and for our people (not our tribe) are actually the ones that helped finance some of the violence in 2008.

If tribe played absolutely no role in our lives, you’d never hear a single politician be crowned head of a certain tribe as they keep doing everytime right before the elections. Why not talk about Kenyans and not the Kikuyu vote, or Western Kenya vote??? The thieves we have in power have learnt that we care about our tribes and we’re willing to act like fools when our tribe is mentioned and they use that everytime as they look for votes and we fall for it, every single time. Look at the Hague criminals, it turned into an issue of someone is against a certain tribe forgetting that people from that tribe died due to those same crimes. Are those who died in 2008 lesser people than the politicians named for causing those deaths? People are living in camps, are they lesser than their fellow tribesmen who got power and forgot about them?

For those that keep thinking of their tribe instead of facts remember in Germany we’re only 1 tribe, Kenyans nobody cares really what tribe you’re from in Germany you’re just another Kenyan (for those that know world geography, for most others, you’re just an african, nobody cares about your tribe). In Kenya we’re 2 tribes, the rich and the poor…..

Tribes are not the issue

Alcoholism is a Killer Disease That Needs to be Addressed NOW!!!!!!

The Mysterious African Muslim in a Nazi Party