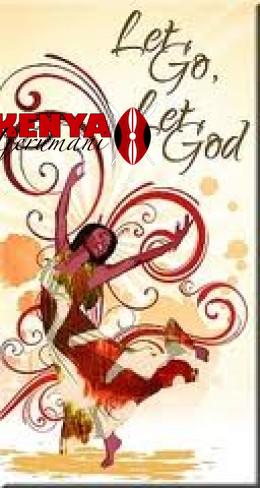 Praying for God’s will to be done is a tough thing to do in the beginning but after a while you get the results and figure it’s not such a bad idea to wait upon the Lord. There is favour and profit to waiting on God’s timing.

As Christians most of us have come to think that the only answer to a prayer should be a yes. We forget that God doesn’t only have 2 answers namely Yes or No. Sometimes you get an outright No to your plea even after you PUSH (Pray Until Something Happens); sometimes nothing happens not unless you make it happen by going against God’s will.
We forget that when the disciples asked Jesus to teach them how to pray, he taught them a very simple prayer and in it, he included the famous line “May your will be done on earth as it is in heaven”. Many of us, me included already have a picture of what we want, when we want it and how we want it and we leave God in the sidelines until everything goes haywire then we start to pray for solution to fall on our laps. It’s said the Grace of God will never take you where his Mercies can’t sustain you. But the key aspect here is God taking you there and sustaining you through it all; not you taking yourself.

Towards the end of last year, I applied for a job at Company 1 and while waiting for an answer applied to a Company 2. I really wanted to join Company 1 but I left it to God and asked for His will to be done, this time I was ready for it to go whichever way thus prompting me to apply to the next just incase His plan was different. Company 1 finally called and I got it; after working for a couple of months though Company 2 called me in for an interview. This time I didn’t even pray about it nor request for God’s plan or input to the whole saga, I went for the interview and got it.

Well looking at it, with the perception that God’s answer is always a Yes, you’d assume that getting it meant God was in it….well wrong. I’ve come to realise God never get’s into stuff He’s not invited to. So I was juggling 2 jobs and writing my final thesis at the same time; it was crazy and then from nowhere Company 2 started asking for documents no company has ever asked for before employing me. It became an issue between the HR manager and the foreigners office fighting over my visa and permits etc; at the same time I hated working at the company.

Arrrgghh, I hated getting there in the morning. I’d get there and start counting down how many hours till I needed to get home and I’d leave the building immediately at closing time, the kanjo (city council/ government workers) style. At Company 1 though, I’d get there before working hours and leave way past closing time and I loved it. Anyway cut a long story short, in the end I lost the job at Company 2 while on “holiday” after only working with them for a month but when I went to get my things I didn’t even feel any remorse or a sense of loss. So the point is, if you start without God it won’t end well and God knows the desires of your heart before you can even formulate them into words; He’s got your back and will always do right by you, if you ask him to.

Tips for Diasporans Planning to Return Back Home