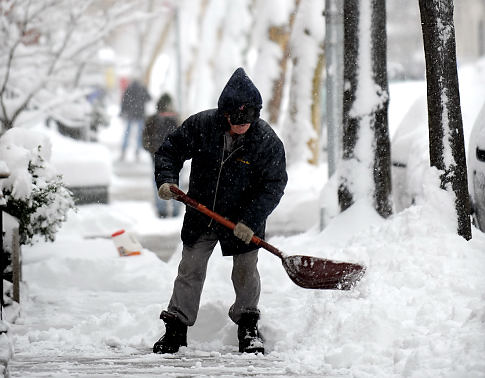 “First, there is no better time than now. I had been reading and hearing about all the growth back home, and a point came where we said to ourselves: ‘We can continue talking about this or be a part of it.’ As long as you have a solid idea, a plan to execute it, and the commitment to make it work, take the plunge – you will never look back.

“Second, don’t be afraid of failure. There is no such thing. You will always be learning – especially from your mistakes – and moving on.

“Finally, everything takes longer than you expect and costs more than you budget for – always – and at least by 25%. This is Africa, but not because of the stereotypes we are used to hearing, but because the duties and taxes are higher, transport costs are higher, and bureaucracy is stifling.”

Ritesh Doshi, founder of the Naked Pizza franchise (relocated to Kenya after living/working in the UK, US and Middle East)

“I will say ‘go for it’. But don’t get stuck to your desk running the numbers and envisaging all the possible and impossible scenarios. Too much analysis leads to paralysis. The best way to make it happen is simply to make a leap and make it happen. You’ll only be taking a bet on yourself.”

Elikem Nutifafa Kuenyehia, founder of Oxford & Beaumont (based in Ghana)

“You will hear ‘no’ more often times than ‘yes’. Not because they are not interested in your product or it isn’t a good idea. Quite the contrary. It is because they are envious and/ or plan to take your idea and run with it. You must, must do your due diligence and stick to your guns. You can and will change your world.”

Kiki Kamanu, founder of Nigerian fashion label KIKIKAMANU (relocated to Nigeria from the US)

“I think definitely, you can’t come in here starry eyed… I think if you come in without doing your research and thinking, ‘I’m going to go there and it’s going to be exactly like it was in New York or London and it’s just going to be more fun’, you are going to have a rude awakening. Things are more difficult. You are coming back to a market that is growing very fast where some of the structures and profits within frameworks aren’t there yet and that is the flip side over the opportunity. You are able to have bigger opportunities because those things aren’t there yet and you can help shape them but at the same time coming back and expecting things to work perfectly, or expecting that you are not going to have challenges, is not realistic.

“I am having so much fun and things aren’t perfect but if they were I wouldn’t be enjoying it as much. So I think it’s really about doing your research and deciding, is the trade off right for you and is the opportunity great enough that it will make sense for you? If you are committed then I think it will be a great experience, and you will have a lot of fun… and get to sort of help make the African story happen.”

“I look at the benefits in terms of my family and my kids just, for instance, having so much more outdoors time with the weather, and socially they are much more integrated… [It’s] probably a bit more challenging to try and find the same academic standards that they would have in New York, but they are getting so much more out of a life education over here, and I wouldn’t take that away from them for anything. I am giving them an African childhood which is something that I had and I love the fact that they can get to have that.

Sneha Shah, head of finance and risk for Africa at Thomson Reuters (originally from Kenya, relocated to South Africa from the US)

*After her mobile phone rental company in Accra was unsuccessful, Aziz decided to focus on her blog and a series of books aimed at assisting returning diaspora with understanding Africa.

“Do something you love. Doing a business here means you have to be there every step of the way. If you chose something that looks like a money maker, but you don’t want to spend the hours monitoring it, chances are it probably won’t work. You will also have to look at very creative ways to make your business a reality since many people won’t be willing to invest in a business that doesn’t look like it’s a sure deal. Also, don’t be afraid to shift gears and find something else that you find more interesting and profitable; it is okay to have more than one business, especially in Africa where nothing is ever consistent.”

Cordie Aziz, entrepreneur and writer (relocated to Ghana from the US)

Courtesy How We Made it in Africa