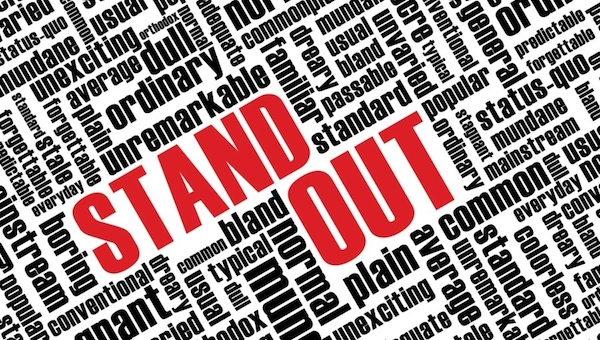 In my first year at university, I was like most students around me: finding my way in the world; straining to understand my own identity and place; yearning for experiences, the more the merrier.

My budget was tight, though. Like most of my fellows, I spread my money as far as possible, seeking the cheapest outlets and lowest prices when it came to clothing and entertainment. The idea was to maximize experimentation in the face of constrained funds. Most people around me were the same. We were all in a crowd of sameness, lacking discernment and taste, trying out everything that was affordable.

One fellow stood out though. He had a completely different philosophy. He came from a similar background and had just as limited a budget as the rest of us; but he spent it completely differently. He would buy very few clothes – but he would buy the very best that he could afford, not the lowest quality that he could get away with. He would not eat out often, but when he did, he only patronized establishments of a certain standard.

We became friends, and I began paying attention to his spending patterns. But I could not stomach doing what he did: spending the equivalent of a week’s living expenses on one pair of shoes or a single jacket, for example. Or not going out for many days, but splashing out on the best venues or events when he did. I noticed that he also did not attempt to make many friends, preferring long conversations with just a few intimates rather than the tittle-tattle of endless parties and gatherings.

I think of that chap often, for he taught me so much about not embracing the patterns of the crowd you find yourself in. As I have aged, I have realized this truth: less is indeed more. My friend always looked immaculately stylish; he always felt the comfort of quality fabrics on his skin; he never touched poorly cooked food or the wine that comes out of cartons. He did not do this because he was rich or a snob; it was simply what he believed: It’s a short life: don’t fritter it away on inferior experiences.

As life has gone on, I have come to see the wisdom of this approach in so many things. This world is overflowing with things to spend your money and your time on. We can do the standard thing of expending ourselves on many, many subpar experiences; or we can be more discerning, and try to do more with less.

And so I have learned how to seek a few meaningful friendships, rather than float in a noisy crowd of shallow small-talk. I have learned not to pack every day with streams of activity, but to do only the things that are worth the precious time. I have learned to seek fewer clients, but focus on those with whom my work can resonate and have meaning. I have learned to make less money, but make it in ways that I can be proud of.

It’s not for everyone, this less-is-more philosophy. It’s not what the herd does, and resisting the pull of the herd is not in the ambit of most. But this is an over-supplied world. There is simply too much out there: too many people, too many products, too much news, too many opinions. It’s all noise and precious little signal.

At some point, however, we all realize this truth: the thing that’s really scarce in life is time. We can expend that time in the pursuit of more money, more products, more events if we choose. But it feels wiser to filter out the dross and focus on the fewer, the better, and the deeper. I suspect those will make more sense when we look back on our lives from our deathbeds.

Sunny Bindra is a  management consultant, writer and teacher based in Nairobi, Kenya. He specialises in corporate strategy and governance. He is best known for the Sunday Nation column, A Sunny Day,  which fuses social commentary and business.