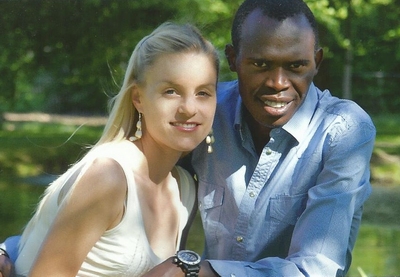 Tuesday, saw the Council of Ministers (Ministerrat) in Vienna officially announce the naturalisation of 59 celebrities, among them 21 sportpersons including the Kenyan athlete, Edwin Kipchirchir Kemboi .

Edwin Kipchirchir Kemboi, is a well known Kenyan athelete in Austria. He won the Graz-Marathon in 2011 and the Salzburg Marathon in May this year. Many had hoped that the naturalisation would have been confirmed before the marathon thus making his win an Austrian win instead of a Kenyan one. Unfortunately, the approval was delayed.

Kipchirchir officially relocated to Klagenfurt last year to be close to his Austrian wife, a fellow athlete, Anja Marlene Prieler-Kemboi. 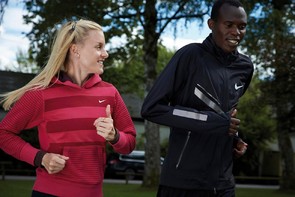 The couple who met in 2011 at a training camp in Austria, now work together to nurture young talent.

Through their sports agency,  ‘The Kembois – Laufen ohne Grenzen’, the couple works together with: United Athletes Club Kembois that helps atheletes from around the world find their way around taking part in sports events and the Keiyo Foundation which coaches and manages young runners with the aim of projecting them into becoming international athletes. With their initiative they plan to stop the exploitation of young Kenyan athletes by European Managers and Agents.