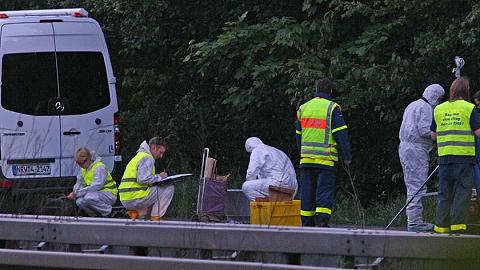 The corpse of a woman was found in a bush on Thursday, 16th of May, along the A44 Autobahn close to the Aachen-Brand exit.

Tests run on the corpse found out that the woman was African aged between 20 and 30 years of age. With this information and testimonies from people in the area who had seen several foreigners being brought into the country along that route, the police assumed she must have been trafficked from Belgium and was most probably not from around the area.

After further investigation, the lady was identified as a 30year old Ugandan woman who lived in Aachen and according to the Aachener Zeitung she worked as a prostitute in the same city. According to police, she was involved in the drug scene in Aachen.

The cause of death is still unclear. There were no signs of any abuse or violence on the body and a the results from toxicology tests are yet to be released by the police.