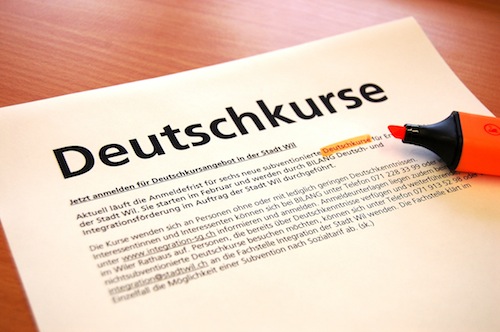 To start an Ausbildung, BFD, EFD, FSJ, FÖJ, one requires good communication skills in German. But how is this “good” skill measured? How do you know if you’re good enough?

I’ve met several people with the issue that they have the certificate BUT when they apply for positions, they are told their German isn’t good enough. Some automatically assume this is because the certificate is from Kenya (for those that went to Goethe or any other language school in Kenya) while others assume, the rules have changed and of course others think it is a case of racism.

Language skills are easily measurable unlike the other skills. Before they meet you, most German organisations will simply require your language certificate(s) as evidence.

If you are applying for Ausbildung, BFD, EFD, FSJ, FÖJ and some jobs during the interview they will assess whether you can communicate (which entails understanding what you’re told or asked and being able to express yourself) regardless of your certificate(s), it is possible to miss a position because you can’t communicate.

For Au Pair and University, you need the basics and even without the basics, the certificate sometimes allows you to “escape” but it does catch up with you eventually. For an Au pair, it’s never that tragic if they can’t communicate well in German BUT for University students, when you have to take exams in German, then this might pose a risk to accomplishing your goal.

For the jobs, depending on the language of instruction at the institution, German might be very important or irrelevant. If it is irrelevant, then you only need German for your social life. If it is very important then even with the certificate, not being able to ace the interview will spoil your chances.

If you’re applying for these positions while in Kenya, you might get the contract with the company/university but when you apply for the visa, the embassy officials carry out the interview in German. Not being able to communicate in German at the Embassy can lead to your visa being denied, despite having a valid contract/admission letter.