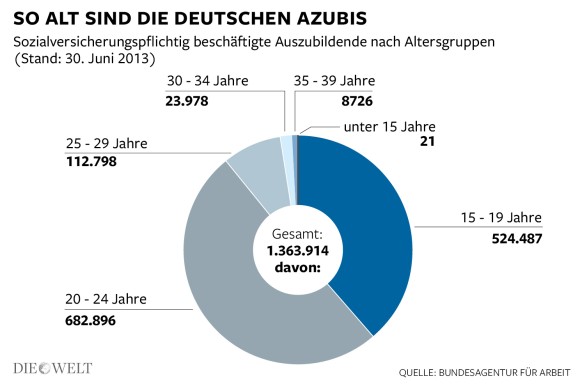 I didn’t consider this news when I saw it in Die Welt newspaper, but I remembered so many people who go to the Arbeitsagentur asking about doing an ausbildung and they are told they are too old for it. These are usually people in their 20s.

So I decided to share this graphs for those of you who might have believed the AA people that told you you were too old for an Ausbildung. Look at the numbers. There are people older than you doing an Ausbildung. I know a lady who graduated at 50 years old and is about to retire having worked for 15years…..so you there saying you’re too old at 20, or even 40…..please get moving…..

Although the majority of Azubis, 88.5%, are between 15 and 24years of age, the number of Azubis older than 25, has been increasing steadily. 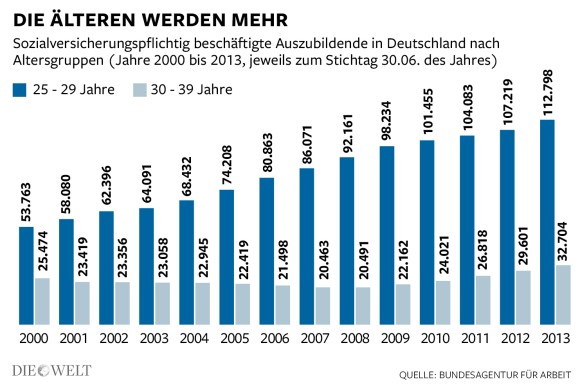 How Much do Doctors in Germany Earn?

Headmistress from a primary school in Mombasa visits Thüringen

What do Employees think of Performance Reviews (Mitarbeitergespräch)?

Which African Country is Doing the Most to Boost Energy Supply

Which Are the Best Places to Live in Germany: Jobs, Security & Quality of Life