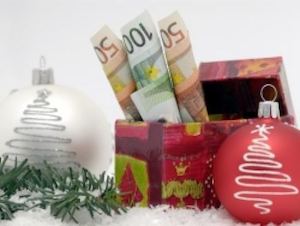 Germans have increased their spending habits, whether that is willingly or an inevitable response to the higher cost of living is yet to be identified.

So if you’ve been wondering how much the German population spends monthly and on what. Here’s an average expediture per person. From this, the assumption is that on average each individual in Germany spends about €906.18 This is definitely a good estimation especially for those who have been wondering why the Embassy insists on the €8000 in a fixed account before allowing people to come to Germany. This list doesn’t include insurance and visa extensions, but sums up a “normal” budget pretty well.

PS: The breakdown below was calculated by looking at how much was spent in 2013 for particular objects: that price was then divided by the total German population over 12months to find out how much was spent per person per month. Ofcourse rent in Germany is higher than €103,70 and not everyone has a car nor smokes. 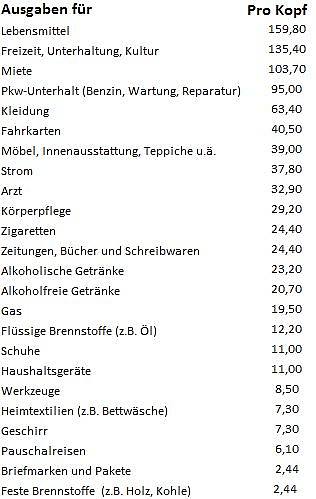