The current debate is on minimum wage, should Azubis earn more than minimum wage or is it ok for them to earn below it? At what age should people start demanding minimum wage? 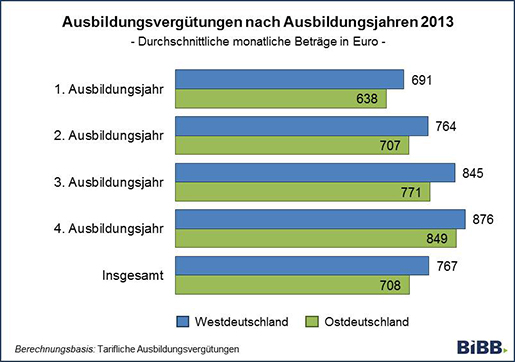 Well, the Bundesinstitut für Berufsbildung (BIBB) just released the statistics on how much Azubis in Germany earn. Surprisingly the wage has been increasing steadily since 2010, but some argue that the Azubis are still earning too little. The minimum wage is at €8.50 per hour with Azubis around the country earning €767 (West) and €708 (East), it is evident that what the Azubis are currently earning is waaaay below minimum wage.

Most companies have argued that if Azubis demand minimum wage, then they would instead prefer to hire well trained professionals instead to get the value for their money. 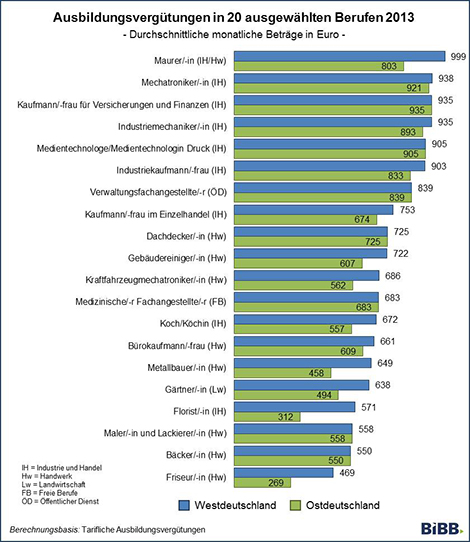 New Laws and Regulations May 2015