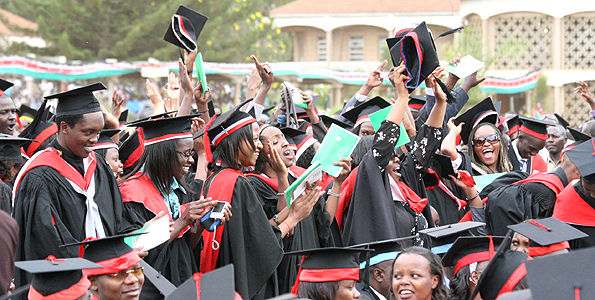 You can apply for University with a degree from Kenya as well as apply for jobs. Some employers might not “trust” its validity nor believe in your competence but that doesn’t mean the degree isn’t recognised.

Although, the site is targeted at foreigners or Germans working with foreigners and it’s not available in English or even French…..only in German. So to find out if the University you visited in Kenya is recognised in Germany: 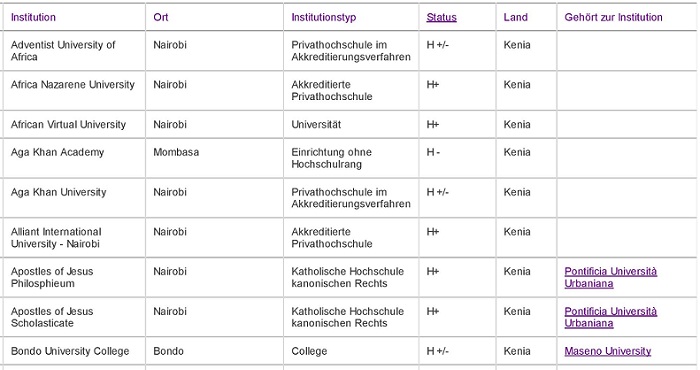 Visit anabin.de click on Institutionen then pick on Suchen then Länderauswählen, pick Kenia and click on Länderauswahl bestätigen. You can get the Pdf here: Kenyan Universities recognised in Germany.

Beside every University or college, there is a status ranking:

H- : the institutions aren’t recognised as Universities in their homeland. Or the institution is only recognised as a Polytechnic or College not a University in the homeland e.g. Wiseman College, Rift Valley Institute of Science and Technology, Meru Technical Training Institute, Kenya School of Law, Aga Khan Academy