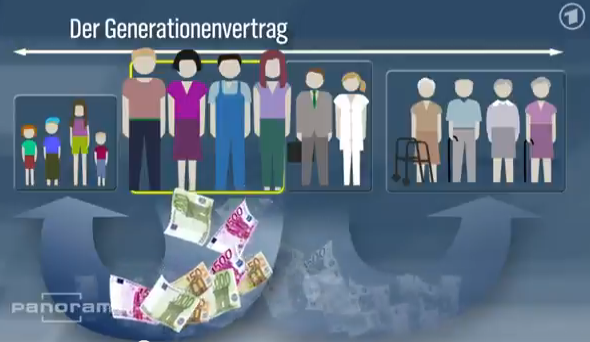 The German social system is under scrutiny again.

The issue this time is in relation to the “Inter-Generational Contract” (Generationenvertrag). The idea behind this system is that the working group pay taxes that go into paying pension for the older generation. This looks logical but there is a problem.

Parents feel discriminated against because on having children, they spend more money on taxes yet when they are older receive less pension. The parents argue that it is unfair because they raise the children who pay the taxes needed in the pension. In essence, parents bring up children to pay pension for those who never had children.

Those who consciously chose not to have children argue that parents shouldn’t complain that children are expensive. Having children is no duty to the state and every individual has a right to decide whether or not to have children. According to them, when someone buys a house, they never go around complaining how expensive the house is because they made that decision knowingly. Parents should do the same when it comes to their children.

But if everyone decided not to have children, who would pay for the pension of these groups when they grow old? Is it fair that parents live in poverty in their old age despite being responsible for “producing” the tax payers? Is it fair that those who don’t have children pay lower taxes yet enjoy higher pension?

Mkenya Radio April 2014: Securing the Future For Your Loved Ones

How Marriage in Germany Affects your Finances and Insurance