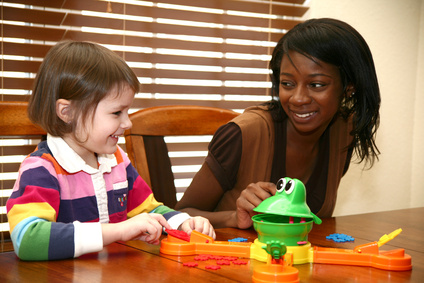 Hi, sorry for taking this long to write to you about my experience with Au-pair agency….I came to Germany in Aug 2004 as an Au-pair through a certain agency in Kenya and Dr Uwe Krenz Agency in Germany.

My first family was in Heidelberg and it was a nice family, the biggest problem is that their second kid was scared of me and every time I tried to touch her she would scream all the time….It didn’t work with that kid at all….So the family suggested they get another Aupair from Poland.

Dr Uwe Krenz got them another Aupair and told me that he could NOT accomodate me as he searched for another family and that was the last thing I heard from him, the day the other Aupair came in I was supposed to leave the Family but didn’t know to where go.

Mother to my Gast mutter is the one who helped me out and took me with her to Stuttgart where she had talked to an Afro -American family which accomodated me and registered me as their au pair at Rathaus.

I stayed with them till my Period was over…..Whats the importance of the Agents ???? Watu wajitafutie Family

UPDATE: Several former au pairs came out and gave their views of Dr. Uwe Krenz Agency. Below the views of those who’ve used the agency. Note: I have not used Dr. Uwe Krenz’s services, thus cannot guarantee how good or bad he is. I can simply share views of those that have used his agency. Read the reviews and make your decision.

I will mention that Uwe Krenz is not a fraud. I came through his agency and a lady named steffanie. I have met him personally and i can count the hundreds of ladies he has brought and who have succeful stories afterwards. Let not one apple be the reason to tarnish his name. We all know kenyan ladies aren´t the easiest to deal with so I can and could give up on a few considering their kimbele mbeles and attitudes if I were in Uwe´s shoes! this is a one sided story if we were to hear from the three parties ie family Uwe and the gal, I can guarantee a can of worms! so before you crucify Uwe just know the probabilities of this not being a genuine case are very high! am just saying – Albright

Its true!!!i came through Dr.Krenz last year December and i complained to him severally about the family i was in and he did nothing about it.When i told him that i could´nt take it anymore he told me that he´d try and look for a new family for me.Two weeks passed and nothing happened.I called him again and he even threatened to take me back to Kenya.I got another agent and got a new family within two days.When the family called him he talked back at me.Eh i don´t advice anyone to have him as an agent  – S.M.

Dr. Uwe Krenz’s agency is one of the best out there, he does not charge Au pairs for his services, he will find you a host family when you disagree with the first one without making a fuss out of it and he plans monthly meetings with the Au pairs and trips outside Germany and he does not charge Au-pairs a single Euro.There are the Agencys based in Kenya who claim to work with him who will charge you a minimum of Ksh. 20,000 to basically just forward your documents/papers to Dr.Krenz. So basically, if you were to get in direct contact with Dr. Krenz and send him the required documents, you will save a lot of money. Secondly it’s not an Agents duty to ‘host’ you while you wait for him to find another family for you, how is that supposed to work, is he supposed to give you a room in his house or what? C’mon people! You are supposed to remain with the family for two weeks after ending the contract, that way both you, the family and the Agent have enough time to work on the next step. Fact is, a huge percentage of Kenyan Au pairs change their host families over sometimes small issues, you can imagine how frustrating it gets for an agent. Finding a host family does not take days, it takes more time plus there are seasons when the number of host families looking for Au pairs are quite low, so it’s quite challenging for the agent to get a family for you within two weeks. Anyone who knows Dr.Krenz and his agency knows it’s one of the best Agencys out there and he is one of the nicest people out there seriously and he has been in this budiness for years, maybe you should do your research before tarnishing his name over what, two fail stories? There are girls out there who are difficult to deal with, some do not understand the Au pair concept at all, some don’t even try to make things work, they are always complaining about this and that and they want to change families over the smallest issues. There are sooooo many success stories with Dr.Krenz, very many, too many. – F.W.

I came through Dr Krenz agency and i also had some issues with my first family i was by then in Heidelberg. The guy helped me out to look for another family and he would communicate with me as long as the family showed some interest in me. Dr krenz adviced me on how to stay with the Germans since by then i was very naive.i got a nice family and during the monthly meeting he would show concern. About how the family is doing and stuff. So i feel so bad when someone is trying to talk bad about that guy. I still have contact with him unto date. Everybody is different and if things doesn’t work for you i don’t see the rwason to start blame shifting because of your unsuccessfully – Atieno

Lemmie tell you my dear, huyo msee alichukua pesa ya cousin yangu, 10 K ati ni registration na za picha. Since then hata couzo yangu akimpigia simu anakataa kupick calls zake. Its a guy and thats why i didn’t dare kwanza kutafuta online and then a friend of mine alikuwa ameniambia ni yeye alimleta and on top of that I was sitting for my final Exams so that i didnt even have the time to start the search myself. So ukiskia nikikasirika sio without a reason since that boy had really worked hard for that money and the mum died and so the only support is my grandma. – A.W.G

Dr. Uwe Krenz!! First i would like to tell everyone to let others tell their story and you tell your side no need of bashing at each other with words. I came through the same agent to Germany and i had a really bad experience with him and he was of little to no help in fact he aggreviated my issue and after a long court case of which i won, my second host family wanted to sue him because of his role in the whole chaos but decided it was not worth the stress. Since mine ended up in a court of law and involved some important social and political figures i cannot disclose the details but one thing is for sure Dr.Uwe Krenz was of no help when i needed him and he even went ahead and said things about me that were not true yet he had only meet me twice in his life time for only five minutes. I thank God for the second family and if it were not for them and them trusting my word against my first host family’s and that of Krenz who changed sides so first once things got to their worst , i would have been in a german cell or deported back in kenya as we speak. – M.M.

Can One Find a Job After the Au Pair? Converting an Au Pair Visa to an Arbeitserlaubnis (Work Permit)