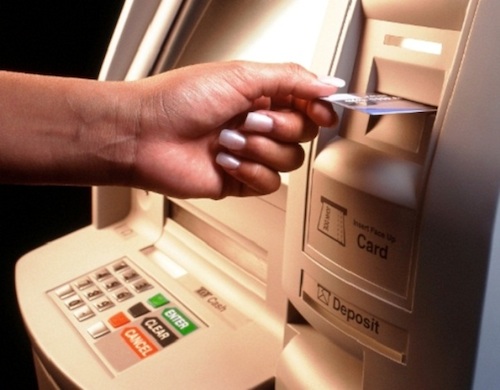 If you’ve lived in a German village, you know you can leave a bag at the train station, go for your rounds and still find it where you left it untouched. Maybe today with all the terrorism, you might find everyone evacuated and the bag confiscated by the police, but by and large everything will still be in there. In bigger cities on the other hand, if you so much as drop something, you won’t find it if you turn your head in the opposite direction even for a split second.

If you find yourself in a situation where you have “misplaced” your ATM card or a passerby has decided to keep it well for you, here’s what you should do. But even before you misplace the card, please avoid keeping the card and the PIN number in the same wallet.

2. Go to the nearest police station for a complete block of your card. Unlike in most countries where calling the bank is enough to completely have your card blocked, in Germany the bank does what someone would refer to “block-lite”; the card can’t be used at an ATM machine but can be used for transactions in shops where they don’t require a PIN. The police block, ensures your card is completely blocked.

Sometimes you will find that your dear friend who decided to keep your ATM card, also decided to go for a shopping spree. In this case,

1. Inform your bank that your card was used without your knowledge (because it had been stolen). The bank will then refund you the money that had been removed from your account, but this only works if the person used your card to pay at the shop. (Shops give you at least 6weeks to retrieve cash paid to them) If the person instead withdrew the money from an ATM machine, then it might be next to impossible to retrieve your cash. 🙁

2. After you have had your money returned to you, most likely you’ll have the company/shop contact you directly or use a lawyer or an agent to demand for the money. In this case, you only need to write a letter to the company/shop informing them that you weren’t the one who did the shopping and that your card had been stollen. After receiving the letter, most shops will leave you alone. (It’s their fault they didn’t confirm the identity of the person using the card, so they can’t blame you.)

New Property Laws and How they Affect You