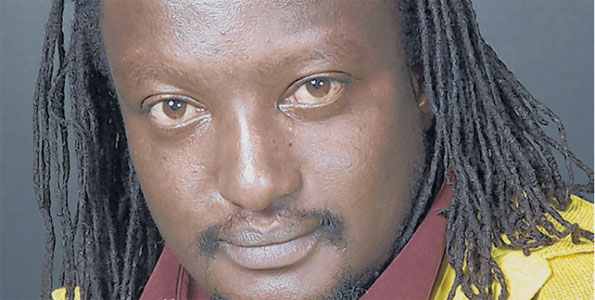 The media congress in Hamburg hosted by the African German Partnership played host to several celebrated Africans from both here and back home including:

The event held on September 10th and 11th brought together media creatives to discuss  changing media worlds in Germany and in African countries. An amazing event that was full of laughter and lots of wisdom and knowledge. Below a video of the highlights and below that a review by Monica Hellstern.

In German media, Africa is often a synonym for poverty, war, wildlife and beautiful landscapes. Nuanced reporting is rare. Social media and bloggers from Africa could make a difference.

German media run Africa stories primarily when the continent is hit by catastrophes or when there is a link to Germany. Frequent and multifaceted reporting is the exception. Moreover, financial problems force media companies to work with fewer permanent correspondents. Approximately 20 % of those jobs have been cut in recent years. But even earlier, correspondents were hardly able to report in a well-balanced manner. Their means were too little, and the areas they were supposed to cover far too big. According to a book published by Lutz Mükke in 2009, one correspondent had to cover an average of 33 African countries. In this setting, it seemed impossible to do justice to each and every country. Accordingly, stereotypes arise and are reinforced.

Eight years ago, the Kenyan author Binyavanga Wainaina made fun of Western reporting. His ironical tutorial “How to write about Africa” scoffed: “In your text, treat Africa as if it were one country. (…) Don’t get bogged down with precise descriptions. Africa is big: fifty-four countries, 900 million people who are too busy starving and dying and warring and emigrating to read your book.”

Richard Nawezi from the Berlin-based Partnership with Africa Foundation says: “Stereotypes themselves are not bad. They help reducing the complexity of the world.” He goes on to say, however, that some of the ideas Germans have of Africa originated in the colonial era and are still being reconfirmed by TV or advertising. That seven out of the world’s ten fastest growing economies today are located in Africa, with entrepreneurship and innovation booming, hardly makes a difference.

Media generally do not report success. Up to now, narratives of Africa have been shaped by Non-Africans, argues Mac-Jordan Degadjor, a Ghanaian blogger and activist: “Africans need to reclaim their agency; they have to speak for themselves.”

The internet offers new opportunities for doing so. Social media like Facebook and Twitter or weblogs allow many to express an opinion, circulate information or denounce downside. Dynamic blogger communities have evolved in many African countries. One of the reasons is that print media coverage tends to be poor and controlled by governments (please note comment by Abdou Lo in this edition).

Rosebell Kagumire, a journalist and blogger from Uganda, sees the benefits of the new trend: “The internet is a democratic space where everyone can publish and debate with others.” She says the Arab Spring is an example of how powerful the new media can be. It can serve fostering social development and more transparent governance.

Even though the internet holds more freedom of expression and allows for more participation, it cannot replace traditional media. Media experts argue that blog content does not always meet the standards of professional journalism. However, web publications broaden the diversity of media and especially reach young people. Most media professionals view blogs as an extension of newspapers, radio and TV programmes. Moreover, the new format provides the opportunity to spread other stories about Africa than reports on disasters or travel experiences in conventional media.

In September, the Partnership with Africa Foundation organised a conference to discuss these matters and assess options for conveying more diverse pictures of Africa. The Foundation invited German and African print and radio journalists as well as bloggers in order to develop projects based on partnership. Germany’s Federal Ministry for Economic Cooperation and Development (BMZ) supported the event.

In Hamburg, journalists from South Africa and Germany proposed establishing a joint agency that could offer media contributions to the respective other country. Other participants were in favour of starting an online radio that would rely on contributions from Germany and Africa. At a follow-up meeting next year, the journalists want to inform one another about the progress of
their projects.