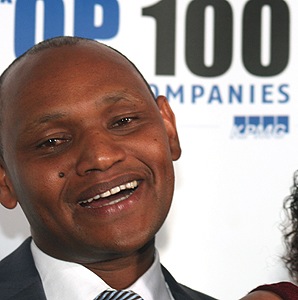 This guy’s story starts like most others. Patrick Wainaina studied in Kenya and trained as a Mechanical Engineer which got him a job. Like many other diasporans, he was presented with the chance to go to the US. Armed with his papers and a dream to achieve the American dream, he packed his bags and moved hoping life would be better abroad.

His initial plan was to take up Marketing courses at the Uni and make it BIG in the US, a dream that was never to be. The only job he could get was that of nursing older people like a house boy. At that point he had to review his plan and life’s goals. That got him to decide to return home to Kenya and try a hand at undertaking some of the opportunities he had seen before leaving.

He strategised to work solely to save money to return home as at the time he had realised that even after his long stay abroad, he still had nothing in his name. Living on the bare minimum in order to save up his “going home” cheque, he was able to raise Sh. 300,000.

Coming back to Kenya was a challenge but his blind faith got him starting a machine business which didn’t even last. No bank was willing to give him a loan and none of his relatives and friends would agree to act as his guarantor. Discouraged but not disillusioned, he went on to look for a job instead which got him a job at Safaricom.

While working at Safaricom, he was able to save Sh. 20,000 monthly for 5 years which was enough to start his dream business. At the time he was also able to secure a loan from Faulu Kenya to start on the nuts business. After a while he left Safaricom to concentrate on his business, “Jungle Nuts”, a company that sources macadamia, cashew and peanuts in Kenya and sells them abroad.

With the networks he’d built in the US and the new ones he had built in Kenya, he’s now minting millions with Jungle Nuts whose tagline is “Nuts about Nuts”. In 2011 his company was named Top 100 Mid-sized Company by Nation Media.