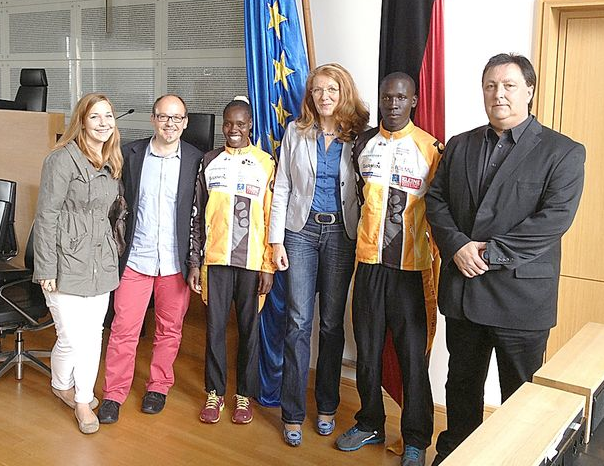 Two Kenyan athletes, John Kiprop Kosgei and Janet Jepkosgei Kimugung were hosted by SPD officials  in Berlin to talk to students about the Training Conditions and life in Kenya.

They both spoke to the pupils at the Albert-Schweitzer-Gymnasium Dillingenand made presentation for at least an hour as they spoke about where they train and about life in the villages they come from. Both champions use part of their winnings from Marathons in Europe to help orphan homes and build infrastructure in their villages.

The pair were entertained to a tour of the Bundesreichtag (German Parliament). They were awed by the beauty and architecture but couldn’t compare it to the Kenyan one as they have never been inside. The Kenyan Parliament is not open to public without invitation.

Another visit is scheduled for next year.

After Third Divorce, Kenyan Must Return Home Voluntarily or Be Deported